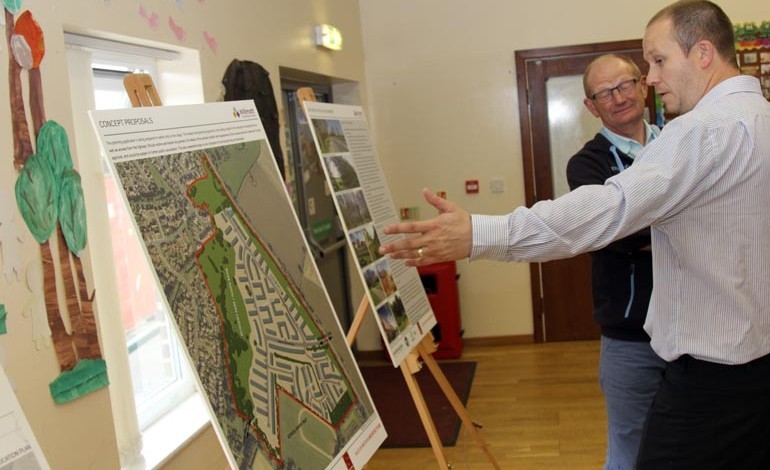 A public consultation has been held over plans for an exciting 450-home development at Woodham Burn.

National construction firm Willmott Dixon wants to build the new village on a band of land alongside the A167, from the edge of Woodham Academy’s sports fields up to the site of the former Equestrian Centre.

Access to the housing development – which Willmott Dixon says will be delivered through a “wide mix of housing types, sizes and tenures, including affordable housing, ensuring the wider needs of the community are met” – will be from the A167 with a traffic light junction, meaning there’ll be no increase in congestion to existing residential streets.

“First time buyers, growing families and those wishing to downsize will be accommodated, ensuring that residents with changing needs can remain in the community,” said a report by Willmott Partnership Homes, the firm’s housing division.

The development will consist of two, three and four-bedroom properties, including 10% affordable housing.

Of the 22-hectare site, nine (41%) would be preserved as open green space – largely the areas associated with flooding alongside the Burn.

Other benefits of the development will include an ecology park along Woodham Burn, a SUDS system to allow the creation of water features throughout the development and new and improved foot and cycle ways.

The public consultation was held at Agnew Community Centre on Wednesday evening, when Willmott Dixon planners were on hand to answer questions from members of the public. 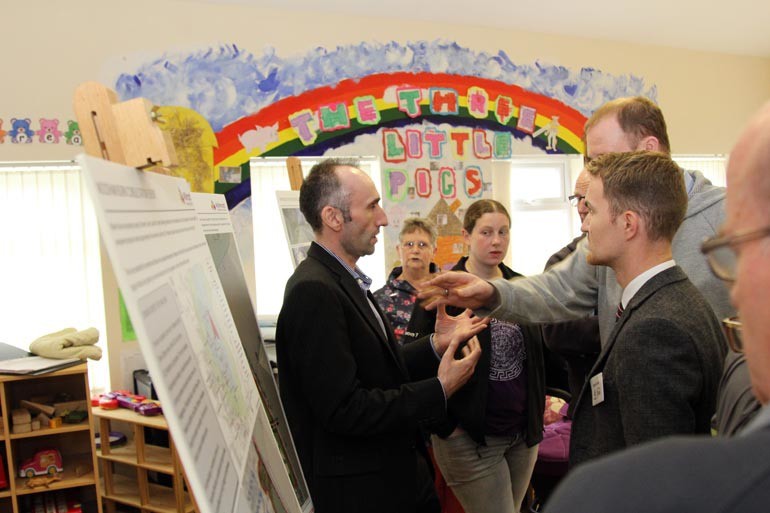 “Willmott Dixon recognise that consultation is vital in the development process and we welcome comments and feedback on our plans,” said the firm, which builds nearly 2,000 homes each year for all types of tenure including affordable, care residential, retirement villages, housing for sale and private rent.

The Durham County Plan, which is currently being reviewed, had initially earmarked 2,000 new homes for Newton Aycliffe over the coming years.

Aycliffe must also increase its housing stock to accommodate a growing and thriving business park – the biggest in the North-East with more than 9,000 employees working there – amid plans to expand it in the near future.

So Willmott Dixon’s plans to build 450 new homes of varying sizes will be well received.

The plans were put before Aycliffe Town councillors during a meeting last week, during which they were broadly welcomed.

Following Wednesday’s public consultation event, Willmott Dixon will review all comments made and update the masterplan where appropriate.

Once the plans are finalised, an outline planning application will be submitted to Durham County Council, when residents will again have the opportunity to comment. 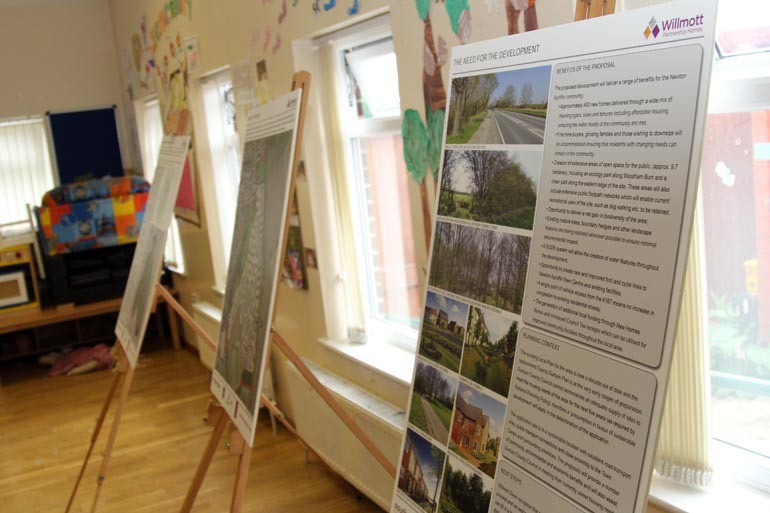