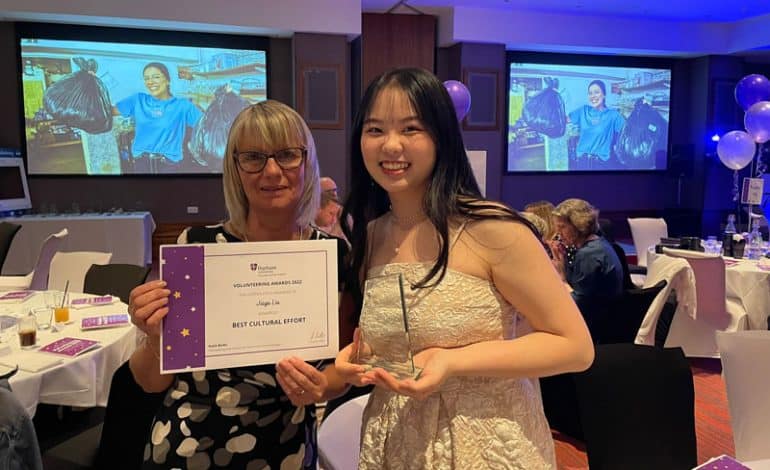 A scheme which sees university students from around the world go into schools to tell pupils about their higher education journey has won an award.

Durham County Council has been working alongside Durham University as part of the Global Schools project.

During their visits to County Durham schools the students tell pupils about their home country, culture and language.

They also use the visits as an opportunity to build aspiration and explain about their higher education journey, the subjects they are taking and the types of jobs they will look to take when they have finished their studies.

To date the project has brought hundreds of students into contact with many children in County Durham’s schools who would not normally have encountered people from different backgrounds who study at the university.

The scheme has now been named Best Cultural Project at the university’s Volunteering Awards 2022.

Cllr Elizabeth Scott, Durham County Council’s Cabinet member for economy and partnerships, said: “It is fantastic that the work of those involved with the Global Schools project has been recognised with this award.

“The programme is of great benefit to pupils in our schools, helping them to learn more about the lives and cultures of the international students currently at Durham University.

“We hope that by taking part in the programme it has given our schoolchildren an understanding of higher education and what life is like for those who have come to study at Durham.”

It is the second year the global schools programme has taken place after it was previously known as Scholars into Schools, which had run for almost 15 years.