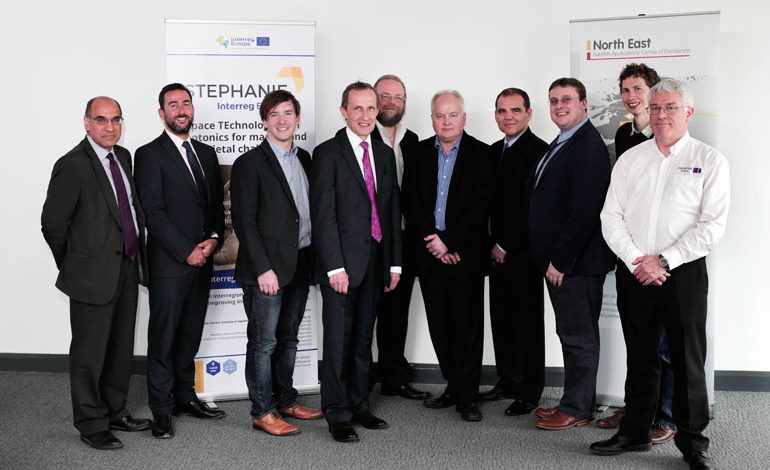 An innovation project has been launched to help companies tapping into the thriving space industry scale up faster as they take their cutting edge products to market.

STEPHANIE, delivered in County Durham by Business Durham, is a five-year EU-funded Interreg programme which will help promote research and innovation in the space and photonics industry in the North East and the wider UK.

The project will be based at the North East Technology Park (NETPark) in Sedgefield, which is already home to some of the world’s most cutting edge companies including Kromek, a leading developer of radiation detection solutions, and PolyPhotonix, creator of a sleepmask which uses light to combat diabetic retinopathy.

Ambitious expansion plans over the next decade will see hundreds of jobs created, not only on the science park, but in the local supply chain.

Catherine Johns, innovation director at Business Durham, said: “As an innovative local authority we’re keen to see companies collaborating at an earlier stage with the right organisations which will help them scale up faster.

“It’s about bringing people together who would never normally interact and sharing knowledge across disciplines and sectors. As a result, the North East is fast becoming a hub for developing and applying space technology and satellite data to solve fundamental social problems.”

Space technologies based on photonics are considered as one of Europe’s areas of key industrial competence. They have huge potential to address a number of today’s grand societal challenges, in particular health and wellbeing, climate action and secure societies.

A long-term challenge is to ensure that businesses can exploit the opportunities offered by space (e.g., huge availability of data and signals) by ensuring that applications and services are produced which address societal challenges.

STEPHANIE brings together eight partners from seven European countries to exchange knowledge on how to ensure that policy is designed to guarantee real benefits from space technology based on photonics, particularly in space and earth observation. It is being led by the National Research Centre of Italy.

• Pictured (above): From left, Zulfiqur Ali of Teesside University, Graham Miller of Business Durham, Daniel Roe of Concision, Michael Lawrence of Deimos, Chris Jones of NBU, Nigel Cameron of aXenic, Laurent Dala of Northumbria University, Christopher Newman of the University of Sunderland, Peter Holt of Concision, and Trevor Hardcastle of Frontier at the launch of STEPHANIE.