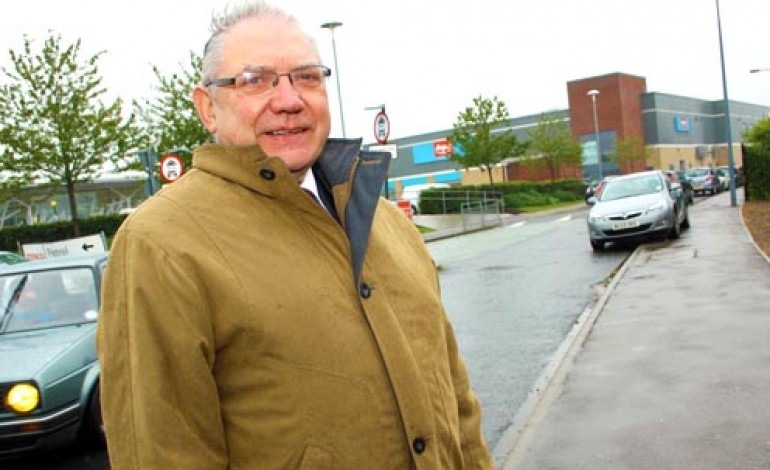 A councillor says a problem road near Tesco in Newton Aycliffe is an “accident waiting to happen”.

Great Aycliffe Town Council is calling for the adoption of the road which runs in between Tesco and the Youth Centre, from Burn Lane to Greenwell Road.

Councillor Vince Crosby says the road has been a problem since Tesco opened in 2003 – and development company CPT “reneged” on the second phase of the town centre development.

The short stretch of road was intended to be a bus route, but when the second phase of the development didn’t happen, motorists began to use it as a shortcut and car park.

“There have been a few near misses as shoppers coming out of the supermarket don’t expect people to go straight on.

“We want Durham County Council to take responsibility for the road and get their heads together with CPT to sort it out once and for all.”

At a town council meeting last week, clerk Andrew Bailey also highlighted how parked cars had prevented an ambulance from using the road to access the town centre, where a child was injured on the skateboard ramp.

The land originally belonged to the authority but was sold to developers CTP when the supermarket plans were approved.

However, uncertainty over future development in the area has resulted in it remaining unadopted, so the county council’s highway department is unable to do anything.