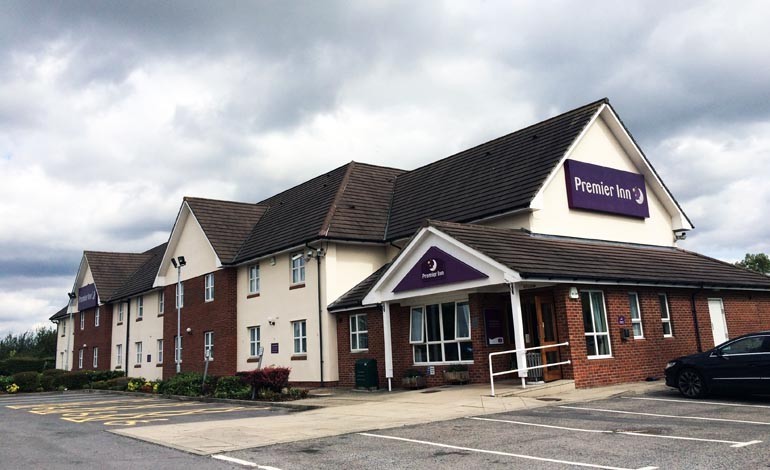 The UK’s largest hotel brand, owned by Dunstable-based Whitbread, has applied to Durham County Council to build an extension to accommodate 31 new rooms and additional parking at its Aycliffe site, next to the Gretna Green pub along the A167.

Premier Inn currently has more than 50,000 rooms in 700 hotels nationwide, but is looking to add a further 700 rooms to its stock annually.

And the company says it has recognised the need for more rooms in the Aycliffe area.

In its application, Whitbread says the existing hotel at Aycliffe is one of the group’s best performing facilities in the region, as measured by occupancy and turn-away data.

“The budget hotel market, which accounts for about one third of hotel rooms in the country, is a growth area in which Premier Inn is the leading provider,” says the application to Durham County Council.

“It is therefore proposed to extend the Newton Aycliffe Premier Inn through the addition of 31 rooms to make a total of 75 bedrooms at this popular facility.

“The application proposes the construction of a new extension block to the North of the existing building on an area that is grassland.

“The new bedroom block will follow the existing pattern of the hotel layout with rooms on either side of a central corridor. The materials and style will match the existing hotel in terms of both design and materials.”

Whitbread says to facilitate the extension, it proposes to reconfigure and extend the current car park.

“In total, seven additional car parking spaces will be provided to serve the development, thus uplifting the number of parking spaces to 135 on the site,” adds the application.

“Notably, the car park will be extended to the south east of the site, thus rendering the removal of a small line of trees.”

Stock Exchange-listed Whitbread launched the Premier Inn chain under the “Travel Inn” brand name in 1987 to compete with Travelodges (which were at the time owned by Forte).

Travel Inn was merged with Premier Lodge to form the current Premier Inn business, which is solely owned by Whitbread and accounts for 70% of the group’s annual sales.