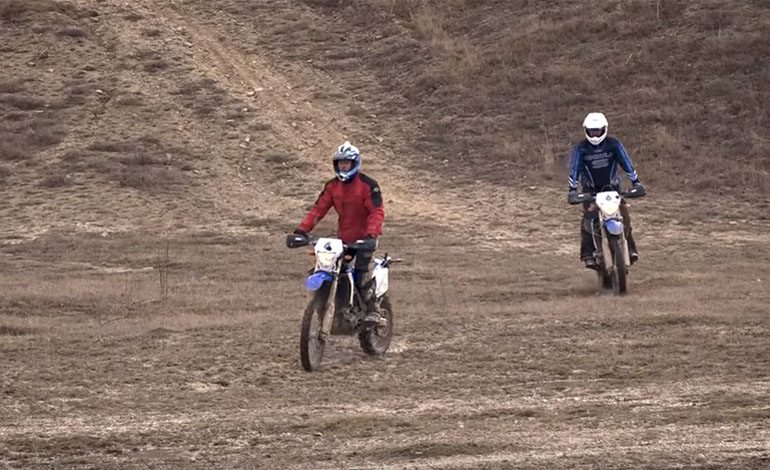 Durham Constabulary is to start using a unique DNA tagging spray to stamp out the illegal use of off-road motorbikes.

The SelectaDNA spray can be sprayed on offenders who refuse to stop for police, marking the bikes, clothing and skin of the riders with an invisible, uniquely-coded DNA solution that can provide forensic evidence to link them to a specific crime.

The spray shows up under special UV lights and stays in place for a number of weeks, even after washing.

It has already been successfully deployed by 18 other police forces across the UK, including The Metropolitan Police, West Yorkshire Police, Police Scotland, West Midlands Police and North Yorkshire Police, with numerous arrests and several convictions resulting from the use of the spray.

Officers from Durham Constabulary’s motorcycle section, road policing unit and neighbourhood teams will carry and use the spray in response to concerns from members of the community regarding off-road bikes being ridden illegally and antisocially across the county.

It forms part of Operation Endurance – the force’s long-running crackdown on nuisance bikers – which sees motorcycle officers working alongside neighbourhood teams to rid the streets of illegal bikers.

Sergeant Ian Bosher, from Durham and Cleveland Specialist Operations Unit, said: “We know that the illegal and antisocial use of off-road bikes is a major concern to communities across County Durham and Darlington, and I hope our investment in tools like the DNA spray shows just how seriously we take this issue.

“Illegal riders rely on the fact that they can be anonymous by wearing helmets or masks. By using the SelectaDNA spray, we can strip them of their anonymity and provide forensic evidence to link them to a specific crime.

“The spray clings to skin, bikes and clothing for a number of weeks, meaning that suspects and bikes can be identified long after they have been tagged.

“As we have seen across the country, the use of the SelectaDNA tagging spray has been extremely effective way of tackling the illegal use of off-road motorbikes and mopeds, and has resulted in a number of convictions.

“Here in County Durham and Darlington, it will provide us with another weapon in our armoury to fight illegal and antisocial use of bikes, and will help make our roads and communities a safer place to be.”

Alternatively, information can be passed on to Crimestoppers anonymously on 0800 555 111.