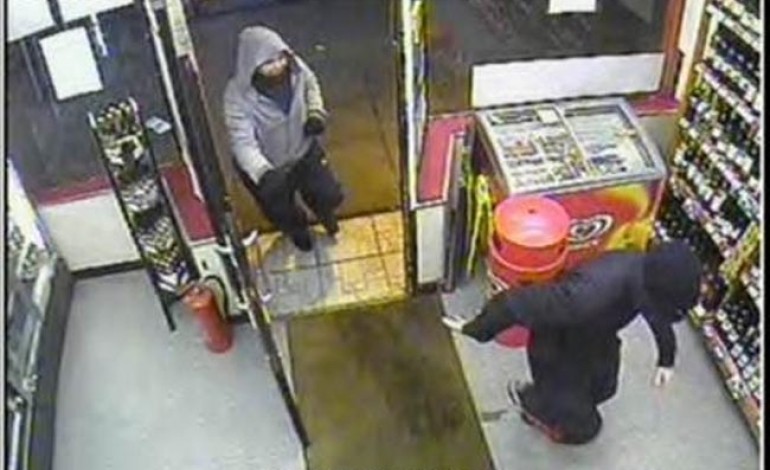 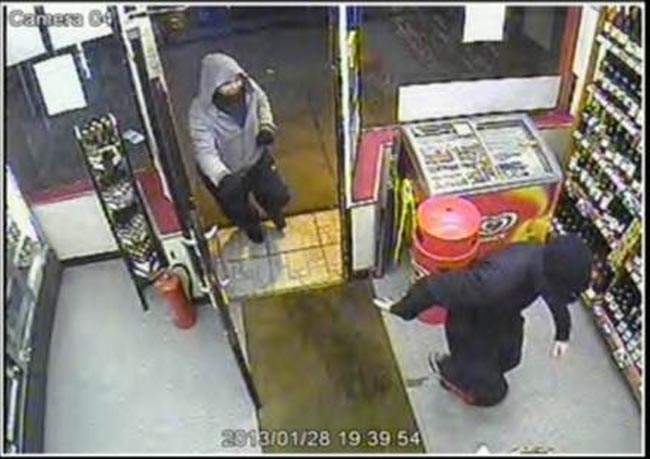 Police in Newton Aycliffe would like to speak to two men featured in the CCTV images from the town’s Boozebusters store.

At around 7.40pm on Monday, 28th January, the two males ran into off licence on Dalton Way, where they both picked up a pack of Kronenberg Lager, before leaving without paying.

Aycliffe Neighbourhood Police Team Sergeant Mark Edwards said: “One of these males had a balaclava covering his face and head, and the other wore a grey hooded jacket with the hood pulled up however his face was visible.

“We would encourage anyone with any idea of who the males are to get in touch.” 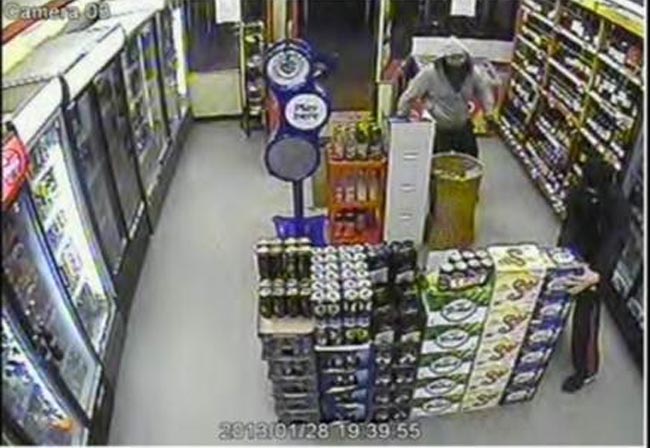