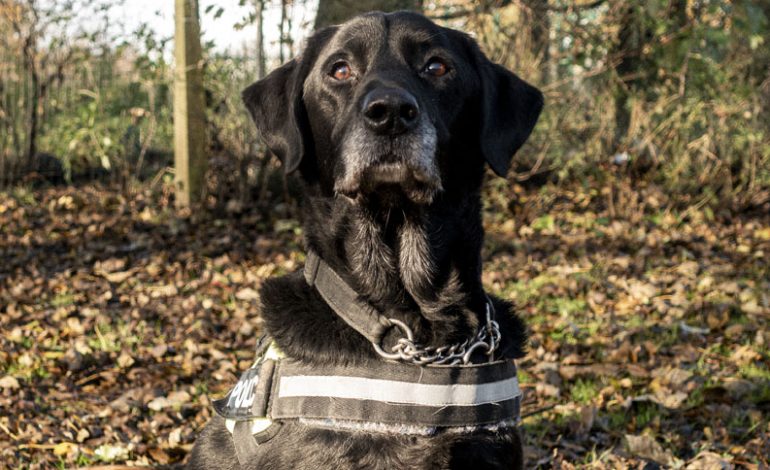 A canine crime-fighter is putting his paws up after eight loyal years of active service.

Black Labrador cross, Jet is one half of the Durham Police dog duo, Jet and Ben, who are known as the ‘Say no to Strangers’ dogs.

He is so good at his job that he once received a WOW Award from a group of primary school children for helping them learn about the police.

Jet’s last shift will be today (Friday, November 15) before he retires and puts his paws up for good.

His handler, PCSO Claire Kerr, said: “Jet was a rescue dog and came to us when he was about one so he’s served for a long time.

“Along with Ben, he plays an important role in educating children in County Durham and Darlington on personal safety.

“He started his police career as a search dog so he used to hunt out cash, weapons and drugs but for the last four or five years he’s been enjoying educating children with me.

“He’s a really lovely dog and he loves the children – mainly for the attention he gets – but we will be sad to see him go.

“He loves to be on the couch and playing with his tennis ball so we know he will be a dog of leisure in his new home.