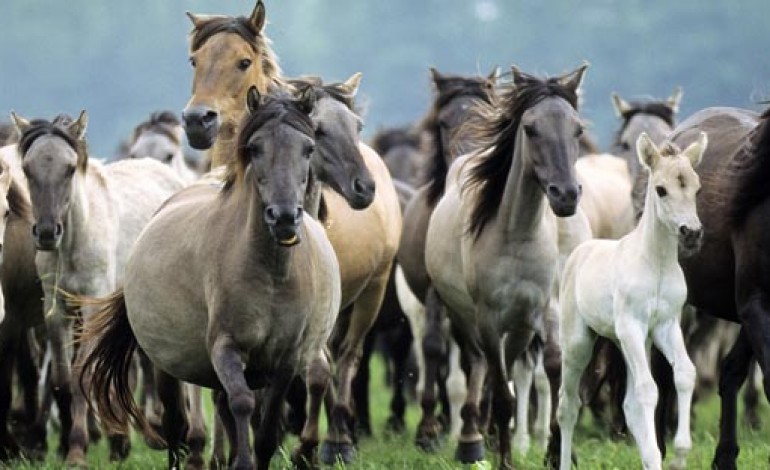 A police operation which reduced the number of stray horses in a County Durham town by 75% has received national recognition.

Operation Strawberry was designed by officers in Bishop Auckland following concerns over hundreds of horses which were causing havoc for residents.

Neighbourhood Inspector, Andy Reeves, said officers were dealing with at least three horse-related incidents a day and residents were “blighted” by the animals who would often cause accidents by wandering into the road and even into houses.

In 2018 there were more than 900 reports of illegally fly-grazed or horses on the roads in the area, but with no way to trace the owners, the team faced difficulties in identifying offenders.

To combat the problem, Insp Reeves and his team used the Control of Horses Act 2015 to enforce mandatory microchipping and horse passports.

A microchipping event was held which helped resolve the issue of identity and owners of stray horses were charged to recover their animals after officers took them off the streets.

Community Protection Warnings and Notices were also issued – an antisocial behaviour order which gives the police powers to restrict offenders in certain actions.

Insp Reeves and his team then teamed up with multiple agencies in November 2018 to launch Operation Strawberry – a targeted night of action.

The reduction has saved 53 days, the equivalent of 426 hours, of police time.

The main offenders have also been targeted with one being given a four-month suspended prison sentence for fly grazing.

The operation was so successful, it has now been recognised as best practice by the National Equine Crime Delivery Priority Group and was even mentioned at the World Horse Welfare’s 2019 conference, which was held last week and live-streamed globally with its president, HRH Princess Anne also in attendance.

Inspector Dave Smith, from Kent Police, is chairman of the National Equine Crime Priority Delivery Group and praised the project at the conference.

He said: “The World Horse Welfare Conference was an excellent event to showcase the effective partnership work that is being done in England and Wales.

“Congratulations to Andy and the Durham partnership for this outstanding work in reducing fly grazing and neglect”.

Insp Reeves presented the project at the force’s annual Problem Orientated Partnerships (POP) conference last month, where it was one of 12 finalists.

He said: “The community was blighted by these horses and it was not only a problem for residents, but drained our resources every time we had to deal with an incident.

“I’m delighted that we were able to work together with our partners to combat this issue and improve the lives of those in our communities.

“This is not the end of Operation Strawberry – all horses now have to have a passport and be microchipped to comply with The Control of Horses Act 2015 and random checks will be commencing. Offenders you have been warned.”

If you are interested in a microchipping event, contact the Bishop Auckland Neighbourhood Policing Team by emailing [email protected]