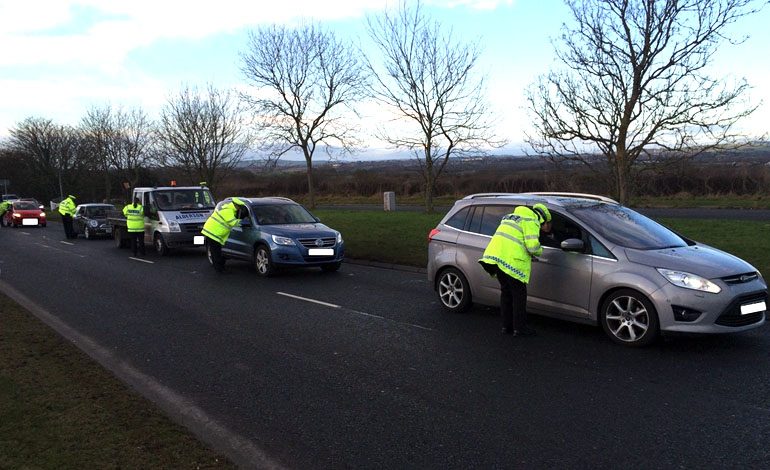 Police will clamp down on drink and drug driving this Christmas.

In the five years between 2012 and 2016, a total of 1,650 people have been injured in collisions that involved a suspected drink-driver in the North East. Thirty eight of those were killed.

Chief Inspector Graham Milne of Cleveland and Durham Specialist Operations Unit, said: “To combat this, extra patrols and roadside checks will be conducted in the run up to and over Christmas and New Year, in a bid to tackle those who commit the unacceptable act of drink or drug driving.

“It is worrying, that we push this message out every year, and still many reckless drivers ignore the warnings that cause devastating consequences.”

Alcohol and drugs both affect your ability to judge speed and distances accurately and slow down your reaction time, warn police.

Ch Insp Milne continued: “Tackling drink and drug drivers is a year round commitment for us but we know that around the festive period, many people for whatever reason, decide to get in a car while drunk. Perhaps home is ‘just down the road’ from the pub, but you should never get in a car under the influence.”

Durham officers will be active in educational and enforcement action by carrying out random checks on drivers.

“Anyone caught drink driving faces a minimum 12-18 month ban. However, deciding to drink and drive could cost you more than just your licence. Our message to drivers is simple. If you take the risk of driving whilst under the influence of alcohol or drugs, you could kill someone, and yourself.

“Even if you’ve had a few drinks on an evening and you think you can get up and drive the next morning, you are likely to still be over the limit. Drugs also stay in the system for a very long time” added Ch Insp Milne.

Officers will breathalyse drivers and use ‘Drugwipe’ kits to test motorists at the roadside for anyone suspected of being impaired through cannabis or cocaine. Motorists convicted of drink and drug driving are banned for at least a year, receive an unlimited fine and can be sent to prison. The penalty for causing death by dangerous driving under the influence of drink or drugs is up to 14 years in jail.

The public are encouraged to report any concerns relating to drink or drug driving anonymously using Crimestoppers on crimestoppers-uk.org or 0800 555 111.