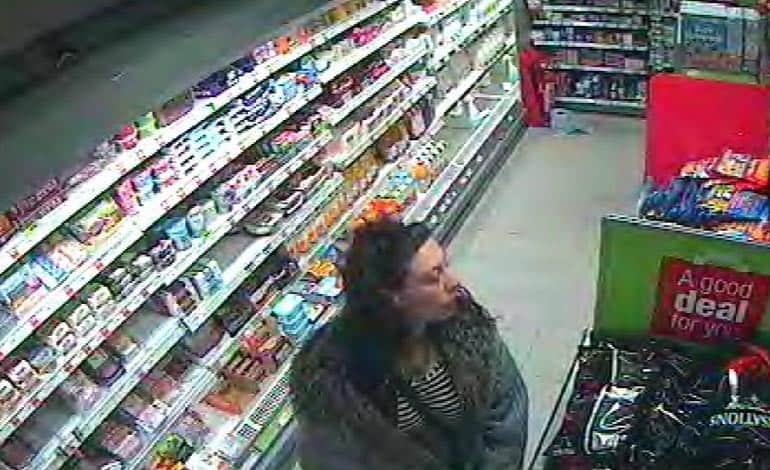 Police would like to speak to a woman in connection with an alleged theft.

CCTV stills have been released of a female, who’s believed to live locally, in relation to a theft which happened at the Co-Op store, Neville Parade, last Saturday (8th August).

Anyone who recognises her is asked to call police on 101, quoting reference DHM-08082015-0349, or via the police’s Facebook by clicking here.