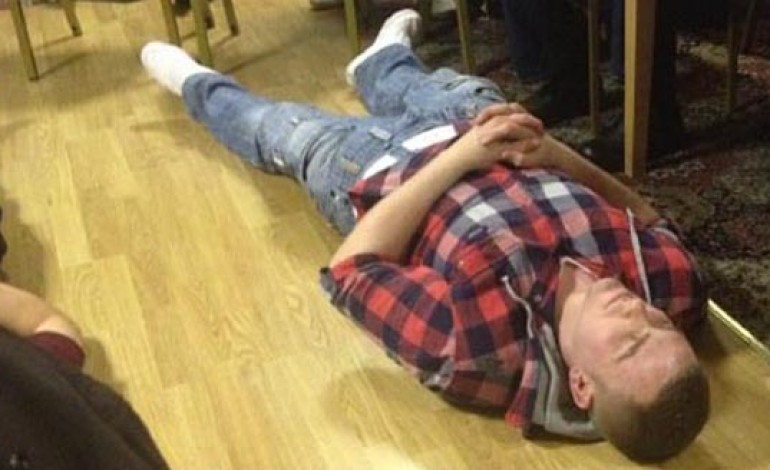 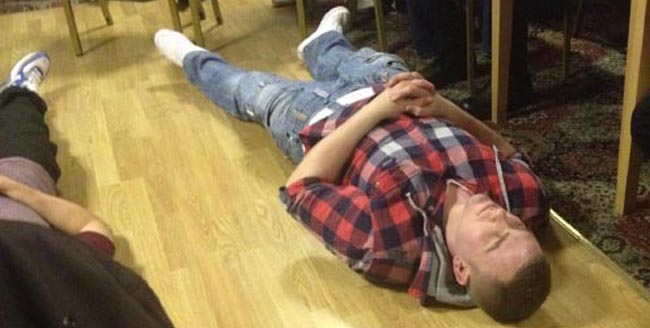 Aycliffe goalkeeper Scott Pocklington was up to his usual tricks during the club’s latest fundraising event last week.

And as some members of the audience were made to do a variety of embarrassing acts, Pocklington bored pals with his banter.

“It was unbelievable!” said organiser Dan Lewis. “One minute the hypnotist has got the audience enthralled, but the next Scott is asleep on the floor.

“He’d apparently become so bored of his own crack that the lads had stopped listening to him and I think he just talked himself to sleep. Unbelievable Jeff.”

After some volunteers had been jockeys, formed their own band and ‘watched’ a blue movie, the show ended with the females strutting their stuff on a catwalk while Ryan Farley and pals scored match-winning goals in slow-motion to the theme tune of Match of the Day.

The night raised some much-needed funds for the football club, but the beauty of the night was that it had very little do to with football and brought new people into contact with the club.

Lewis added: “It was a brilliant night and we’d like to thank Adam Night for putting on such a great show. The whole audience was in stitches the entire night and it will live long in the memory.