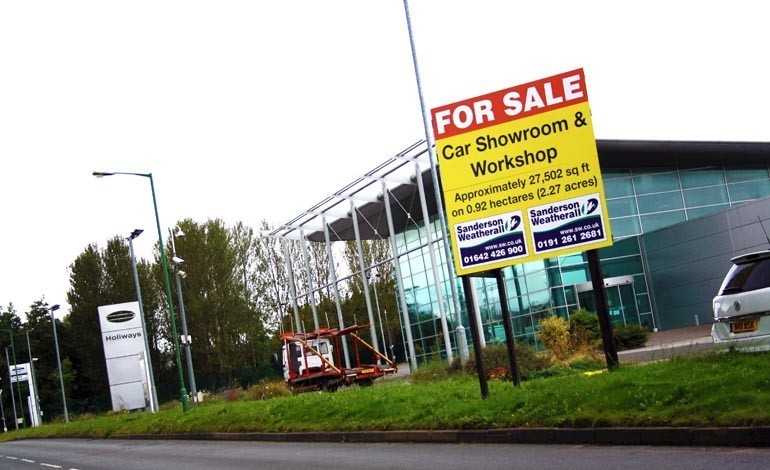 A global craft supplies company’s application to convert the former Holiways garage has been recommended for approval.

Crafter’s Companion, based at Coundon, Bishop Auckland, has targeted the former car showroom to be its base for exciting £100m growth plans.

Durham County Council planners had identified other locations as potential alternative premises – one in the town centre and one at Neville’s Parade – to accommodate the firm’s expansion project.

But after Crafter’s Companion deemed both sites unsuitable, one of the authority’s officers has said the plans are now “broadly accepted”.

Councillors are now expected to vote on the application in the New Year after the delays.

In a planning document, Durham’s spatial policy officer Michael Lowe said: “The proposal comprises of a retail unit and coffee shop as well as B1 office use.

“Whilst it is out of the town centre, the applicant has considered more central locations through a sequential assessment. The applicant’s conclusions are broadly accepted.

“The development will provide economic and social benefits in terms of contribution to the local economy as well as employment given the predicted growth potential and employment creation.

“It would also make use of an existing site which has already fallen out of general industrial use and comprises of an empty car showroom. No harm has been identified from a planning policy perspective.”

He said: “They (Crafter’s Companion) have been considering their growth plans for the next ten years and estimated that they can achieve a turnover of £50m in the next five years and that this could be doubled over ten years.

“However they have also concluded that the growth cannot be delivered at their current premises, which would be unable to accommodate the additional staff that will be required, hence their interest in the Horndale site.

“The proposed craft retail development linked to education and demonstration events is seen as a business opportunity which they could roll out nationally. The Horndale site would provide sufficient parking to accommodate this.

“With the predicted growth potential and employment creation it is important that they are retained within the county.”

As first revealed by Aycliffe Today on November 10, Crafter’s Companion applied to the council to develop the main unit at the Horndale Avenue site, including 8,000 sq ft of first floor space.

Then on November 30, the firm’s founder and sales director Sara Davies – who thought up her business idea while studying at York University more than a decade ago – told us the Aycliffe development was crucial to its future growth plans.

“The former Holiways site provides us with what would be ideal premises for us,” she said.

“We can only do that with larger premises but the usual, industrial-type units aren’t suitable for what we want to do, which is why we identified the former Holiways garage as a prime location.”

The Horndale Avenue site has been empty since the liquidation of Holiways more than three years ago, with the loss of more than 80 jobs.