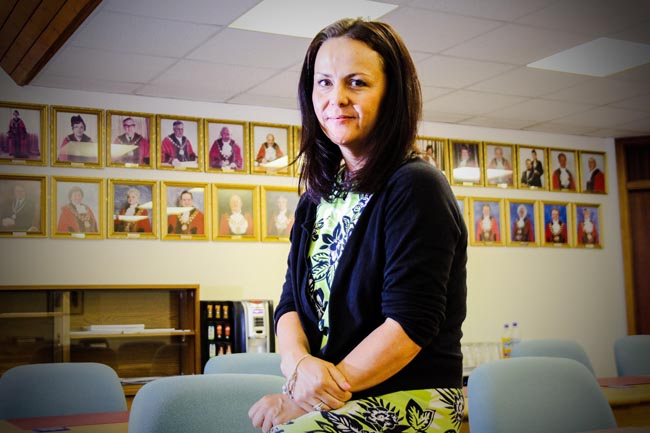 Residents of Great Aycliffe are being given an opportunity to have their say in the future development of the town.

Behind this plan is Angela Corner, who is running consultations with residents, businesses and organisations and forming task groups to decide on some options to offer the public.

Angela is a 38-year-old Newton Aycliffe resident who attended the Avenue Comprehensive, and her most recent role was as a Project Manager for Stockton Citizens Advice Bureau.

After 12 years of helping people in the community manage their money better, designing projects and finding funding for them, Angela decided it was time for a new challenge and took on the role of writing the Great Aycliffe Neighbourhood Plan.

Angela is based at the Great Aycliffe Town Council (GATC) offices, where she is gathering the issues people have with the town and discussing how they would like their town to develop over the next 20 years.

The Neighbourhood Plan will send questionnaires to homes in the next couple of weeks, when residents will be able to suggest their ideas but also discuss their issues that they feel could be improved on.

“This is a key document, if people have an issue they need to complete this survey and have their say,” insists Angela.

The questionnaire will cover topics such as transport, environment, retail and housing but also asking people what is their overall vision for the town. The deadline for completion is 10th October 2014. Once the results have been analysed task groups will be set up to work on YOUR priorities for the town.

Angela adds: “Until we know what people want, it’s pointless us saying what we can and can’t do. The Neighbourhood Plan MUST be led by the community, without the residents input there can be no plan.

“There are a lot of questions on the survey however; you can fill as much or as little as you want. We need to people to tell us what is important to them.

“I can’t stress enough how important this survey is. It’s a fantastic opportunity for people to have a real say in how Aycliffe is developed”.

“Once the Neighbourhood Plan is completed, it will be put to the public in a referendum, when we’ll need a 51% majority positive vote. If we get that, then the plan will be adopted.

“The long-term aim is that we have a detailed plan with lots of positive input from members of the public and it is then adopted in 2016.”

Angela is also working closely with Kerina Clark, Chair of the Aycliffe Business Park Steering Group, to incorporate their plans in the neighbourhood plan too.

Questionnaires will be delivered to homes by the end of August but will also be made available online.