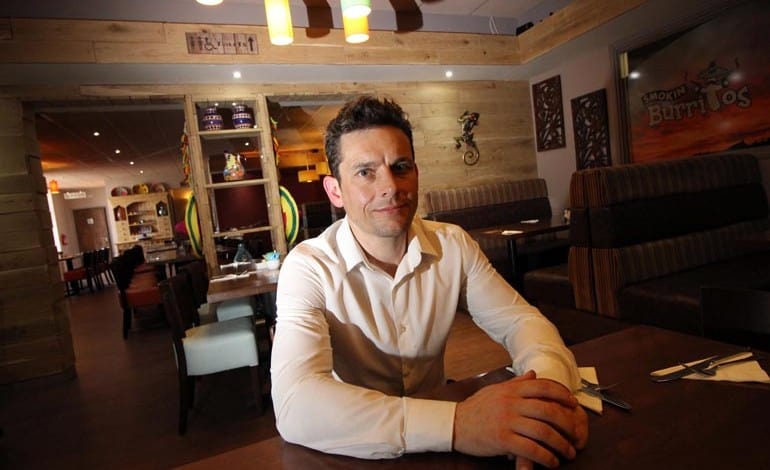 It’s a barrel of laughs at Planet Leisure – but there is a serious side to Aycliffe Business Park’s popular leisure destination.

Darren Peckitt launched Planet Leisure in 2011 after the success of his soft play venture, Ruff n Tumble, also based on the business park.

More than 200,000 people a year now pass through the doors at the Maple Way premises – twice as many as Ruff n Tumble patrons – and more investment is being ploughed in to the facility to make sure they’re ahead of the game.

Regular comedy nights are proving to be a smash hit – well-known comic Chris Ramsey, star of the TV show Hebburn and a regular on the likes of Mock the Week, performed to a sell-out crowd in June.

But there is a soft side to the company’s owner, Darren Peckitt, who is helping local charities to raise much-needed funds.

He explains: “We get inundated with daily requests for gifts and raffle prizes and it got to the point where we just couldn’t give to all of them – we get about 400 letters a year from charities around the region.

“We’re a family business at the end of the day, so we thought we could do a lot more for them by offering them the use of the function room. It’s about helping them to help themselves.

“So we offer charities free room hire and we also give them a percentage contribution from the bar as a donation towards the charity.

“We’ve hosted events for cervical and breast cancer charities and we’ve also helped St Teresa’s Hospice in Darlington, and we want to continue doing as much as we can for good causes.”

Joe O’Connell started working at Ruff n Tumble when he was 17 and has developed over the years to become assistant manager at Planet Leisure.

“I started off as a pot washer and quickly moved on to the trampoline!” jokes the 26-year-old former Woodham Academy student.

“But I’ve been encouraged to progress through the business and now I have an exciting opportunity as assistant manager to help run Planet Leisure and also develop new ideas.

“The function room is currently being refurbished. It already has a wow factor to it but it will be superb when it’s completed.

“It will also be geared up for businesses as a cost-effective venue for hosting conferences or training and team-building events.”

He was given a two-month sabbatical to get Planet Leisure off the ground four years ago before returning to his day job.

“They were very good with me, they just gave me the time to get it ready and open,” says the 44-year-old.

“It was a bit hectic. I was working 100 to 120 hours a week to get the place up and running. It was really tight at the end and fraught at times – we were still programming the cash tills two hours before we were due to open – but it was all worth it.

“I’ve always been good with wood and metal, thanks to my Dad, and I built the bar and bench seats myself – it helped to save cash.

“Even now we don’t take anything out of the business, which means we can constantly re-invest in both sites on an ongoing basis.

“It also enables us to keep the costs down for customers, because we’re not all about driving profits.

“And we tend to let the staff run the businesses. They’re much better at it than we are!”