Dozens of companies from the region attended the latest news and networking event, organised by Aycliffe Business Park Community (ABPC).

The event, held at the Xcel Centre, was open to businesses from the region to attend, with more than 50 people taking advantage of networking opportunities as well as two useful presentations.

Jonathan Gamblin, from the Department for International Trade (DIT), spoke to attendees about the benefits of exporting, while Dan Kitchen, the managing director of IT business Razorblue, gave more details about his firm’s new high-speed internet solution for the business park.

ABPC board member Rachel Townsend Green also gave an update on a new website for the business park which is currently being constructed.

Board chair Kerina Clark said: “We were delighted with the turn-out for our ever-popular news and networking event and we hope all attendees took something beneficial from it.

“There’s also a lot of work going on behind the scenes. The ABPC board is meeting every month and, a year after being formed as a limited company, we’re hopeful that some of our project work will come to fruition very soon with some exciting developments.

“Of course, we’re always looking for new ideas and ways of improving what we do so we always encourage businesses to get in touch with their suggestions.”

Aycliffe Business Park is the biggest single employment area in County Durham and one of the largest business parks in the UK. Spread across 400 hectares, it is home to an estimated 500 companies and around 10,000 employees.

ABPC was officially formed in summer 2016 with the main aim of helping companies increase their profile on the business park and to showcase their services locally, while also increasing engagement with each other.

ABPC’s next meeting is a seminar on apprenticeships and the apprenticeship levy, at South West Durham Training, on Friday June 16, from 8.15am.

The next news and networking for Aycliffe Business Park residents only is at ROF 59 activity centre on Friday July 21, from 8.15am.

The next event open to all is due to be held at Planet Leisure on Friday September 22, from 8.15am.

More information and contact details can be found at aycliffebusinesspark.co.uk

Pictures from the news and networking event: 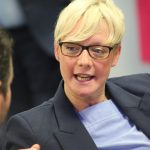 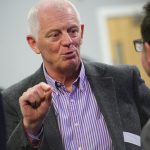 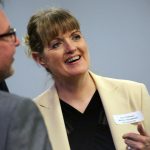 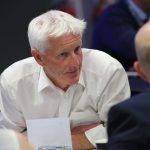 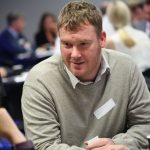 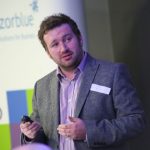 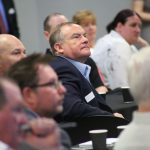