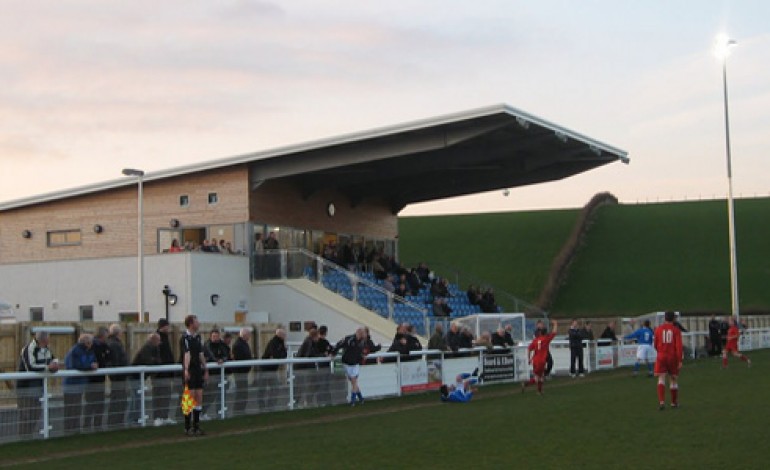 Newton Aycliffe came from behind to record a hugely important 3-1 victory against Penrith.

Steven Rigg gave the home side an eighth-minute lead, but Danny Earl netted a second-half brace and Danny Lambert added a third as the Newtonians moved six points clear of their opponents and leapfrogged Durham in the table.

Martin Young was unable to play due to an illness, so Josh Knox came into the midfield for the only change from last weekend’s victory over Darlington.

A strong following made the long journey across the A66 and were in high spirits, but they were soon quietened as the Blues took an early lead.

Martin Coleman turned James Oliver and his cross into the far post was headed past Scott Pocklington by Rigg in the eighth minute.

Penrith almost made it two five minutes later as Coleman broke through but he was denied by a good save by Pocklington at his near post.

Aycliffe finally made their mark on the game a minute later as Lambert rattled the crossbar from 25 yards out.

Penrith went straight down the other end and Coleman’s effort from just outside the area flew narrowly wide of Pocklington’s post.

Then it was Aycliffe’s turn to create an opening as Kris Hughes did well down the left and found Knox in the middle, but the midfielder could only fire straight at the keeper.

After a ferocious first 20-minutes, the game quietened down and Aycliffe went into the interval a goal down.

A power cut at half-time plunged the crowd into darkness and the second half was delayed by a couple of minutes, but when the lights came back on it was Aycliffe that dazzled.

Fred Woodhouse, who had replaced Knox, was instantly involved and, after a one-two with Earl, saw his goalbound effort cleared off the line by Curtis Ward.

Earl grabbed his second of the contest with 19 minutes left on the clock. Lambert raced through and saw his effort blocked by Jonny Jamieson in the Penrith goal, but the ball fell to Earl on the edge of the area and the former Billingham Synthonia man made no mistake.

Penrith were struggling to deal with the Aycliffe front four and with seven minutes to go they were undone once more by Tom Hinchley’s ball over the top and, with Earl through on goal, John Jardine tugged him back and promptly received his marching orders from the official.

The Newtonians put the gloss on the victory in the 88th minute as Lambert picked the ball up 25-yards from goal, dropped his shoulder and fired an unstoppable shot into the top corner of the net.

Aycliffe are up to 19th in the table and could move even further away from trouble if they can repeat the scoreline on Wednesday as Penrith make the trip to Moore Lane Park.