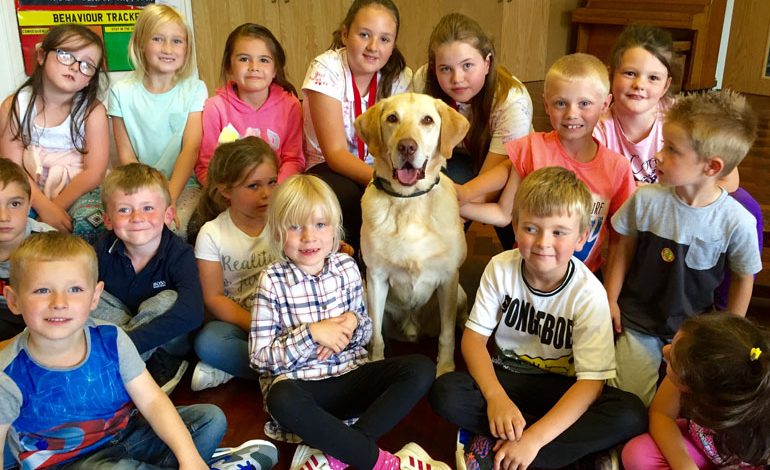 A canine crime-fighter has out up his paws after almost nine years of active service.

Yellow Labrador Ben is one half of the Durham Police dog duo, Jet and Ben, who are known as the ‘say no to strangers’ dogs.

Ben paid one last visit to Tudhoe Colliery Primary School, near Spennymoor, before retiring and putting his paws up for good.

His handler, PCSO Claire Kerr, said: “We got Ben when he was eight months old and he’s now almost nine so he’s been with us for a very long time.

“Along with Jet, he plays an important role in educating children in County Durham and Darlington on personal safety.

“Everyone says he was born to do this job – he’s so good with children and is very calm and chilled out.

“We will be very sad to see him go but we wish him well in his retirement. I’m sure he will enjoy chilling out and relaxing with his new family.”

The scheme is supported by Durham Agency Against Crime (DAAC), who are looking to recruit a new puppy to replace the outgoing Ben.

Puppies can be up to a year old and should be of a calm temperament.