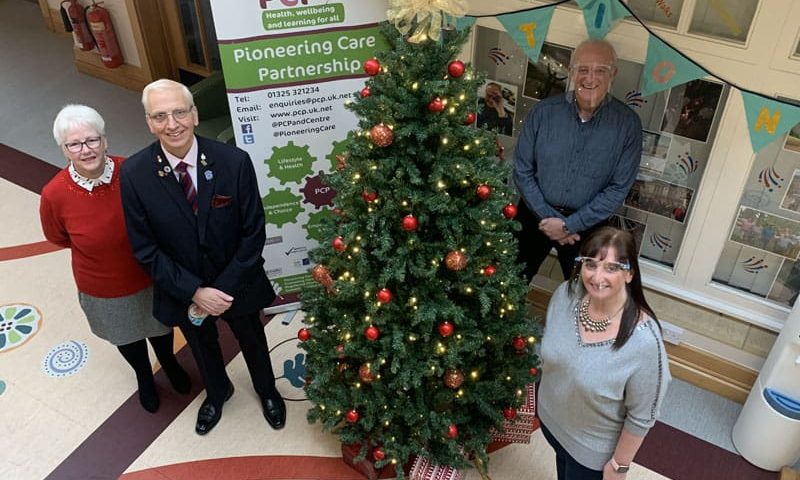 Local charity the Pioneering Care Partnership (PCP) began when a few local people had the foresight to recognise the need for health and social to come together in a ‘one stop shop’ environment, the charity was born and these local people became trustees.

The founding trustees oversaw the development of the Pioneering Care Centre and their dream became a reality when the doors opened to the public in 1999.

After being part of the organisation from the start, and with almost 22 years’ service under his belt, Brian Wilson has decided it’s time to take a break from volunteering and step down from his role as trustee.

Brian’s experience of working in the armed forces and his personal challenges with ongoing back pain, have proved valuable as the organisation grew and developed.

As a potential service user Brian has provided guidance to assist with project and service development and he also fulfilled the role of treasurer for a number of years.

“PCP has evolved and Brian’s knowledge of our history ensured that the origin and ethos has been maintained.

“We will miss his anecdotes at the board meeting but we know he will keep in touch and continue to be an avid supporter of our work.

“We look forward to welcoming Brian and his wife Liz to future events once we are able to full open again for the community.”