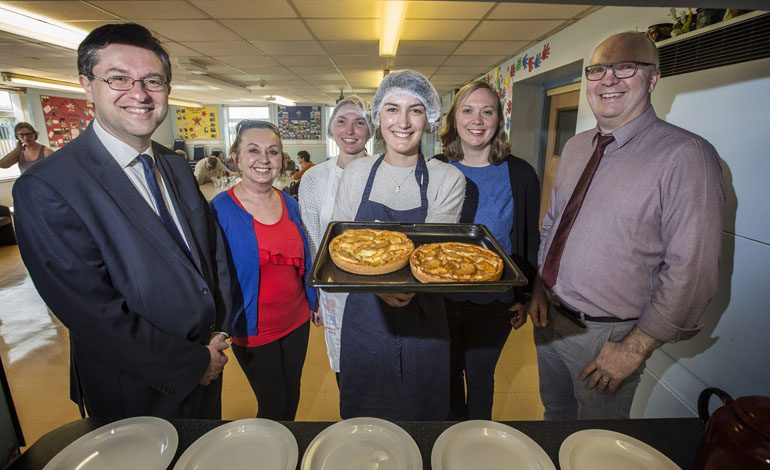 Providing £40m in 5,000 grants across County Durham, working to end mental health discrimination and organising events to mark one hundred years since the end of the First World War.

These are just a few examples of the work being done by the County Durham Partnership, members of Durham County Council’s Cabinet will hear next week.

The meeting next Wednesday will receive a report on issues being addressed by the CDP, a partnership of public, private and voluntary sector organisations which work together to improve the quality of life for residents of County Durham.

It also includes safeguarding boards for adults and children, and the council’s 14 area action partnerships (AAPs,) which give local people and organisations a say on how the authority’s services are provided.

The report sets out how a new vision is being developed for the CDP, which will set out its priorities. These will be based in part of the results of a survey being carried out to find out which themes and issues people think the AAPs and their partners’ should be focusing on from 2019 to 2021.

It outlines some of the work being done by the CDP, the issues it is addressing and its achievements, including:

• The CDP has committed to end mental health discrimination in County Durham. As part of this events have been organised to raise awareness and encourage people to talk about mental health and suicide.
• The Local Safeguarding Adults Board has led on the development of a slavery and human trafficking statement.
• The AAPs have provided almost £40m in 5,000 grants to community groups and voluntary organisations across County Durham.
• Partnership working with faith communities. This includes a breakfast seminar which brought together the council’s elected members, officers, partners and faith communities.
• The council has received a Defence Employer Recognition Scheme Gold Award
in recognition of the positive attitude and policies it has adopted towards serving personnel and veterans of the armed forces.
• The AAPs have been involved in a number of events to commemorate the centenary of the end of the First World War.
• Some AAPs have worked to tackle child poverty by developing holiday activity programmes for families which are under increased financial pressures during the school holidays

Cllr Simon Henig, leader of the council and chair of the CDP, said: “It is extremely positive to hear about all of the work across County Durham to improve our many communities and we are looking forward to hearing from residents what they think our priorities should be over the next few years.

“We are stronger when we work together and this is what the County Durham Partnership is all about.”

Cllr Brian Stephens, the council’s Cabinet member for neighbourhoods and local partnerships, said: “It is great to hear of all the work being done by the County Durham Partnership in so many areas.

“For the area action partnerships to have given out £40m through over 5,000 grants is a remarkable feat.”

• Pictured above: Cllr Henig with representatives from Durham AAP and members of the King’s Church Durham – Achor Community, recipients of the 5,000th grant.