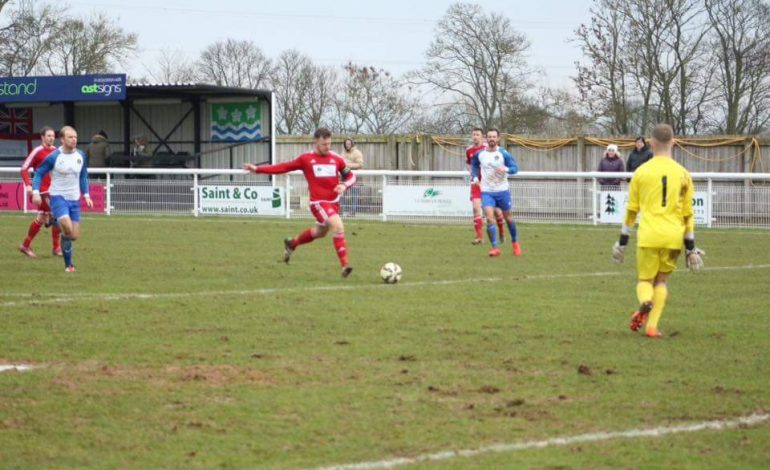 Both teams played good football on a very wet pitch, with a heavy sand covering of the middle Aycliffe made a blistering start, within 30 seconds of the kick off.

Josh Gray put in a good cross from the left, for Owens to head over Penrith keeper Bitner for 0-1.

On 13 minutes Scott Howes attempted to lob Bitner from 40 yards with a great effort, but it was cleared off the line.

Bitner was called into action again on 19 minutes, making a great save from a Ben Trotter piledriver.

He was beaten just a minute later when Stuart Banks played in Owens for his second and 0-2.

Penrith had a chance themselves on 34 minutes when a strong free-kick from Gilfillan was well saved by Phil Pentony.

Aycliffe continued to dominate and Gray shot straight at the keeper. Then Stuart Banks hit a shot over the bar.

Aycliffe came out strongly again after half-time and on 47 minutes Banks volleyed in a Gray cross.

Penrith couldn’t handle Aycliffe and went further behind four minutes later when Owens out-muscled the last defender and slotted it past the keeper for his hat-trick.

Aycliffe then took their foot off the accelerator and allowed Penrith into the game. Grant Davison finished off a move at the far post.

Both sides then had chances. Connelly put one past the post for Penrith. Then substitute Jack Oliver had a chance when clean through, but Bitner saved with his legs.

Penrith then made it 2-4 at the death when Connelly converted a penalty in injury time.

Then on Tuesday February 28, Billingham Synthonia will be the visitors for the semi final of the Durham Challenge Cup. Kick-off is 7.30pm with admission £6 adults, £4 concessions, under 16 £2.