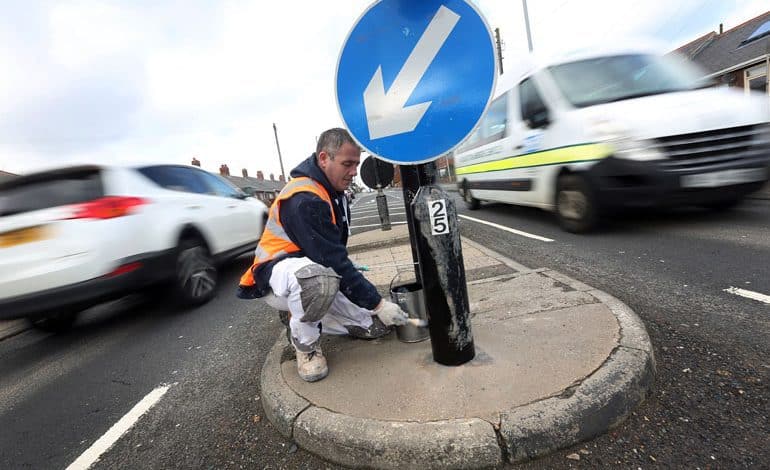 A national award-winning environmental campaign in County Durham has been extended as a result of its overwhelming success.

Durham County Council’s Operation Spruce Up is continuing due to the excellent results it has achieved in communities and the positive feedback it has received.

The programme was launched in 2016 with council teams working with partners – including more than 4,000 children and young people, to give one town or village centre an intensive clean up each month.

In a survey carried out in communities visited by Spruce Up, 90% of people taking part said they had noticed an improvement as a result of the work done. 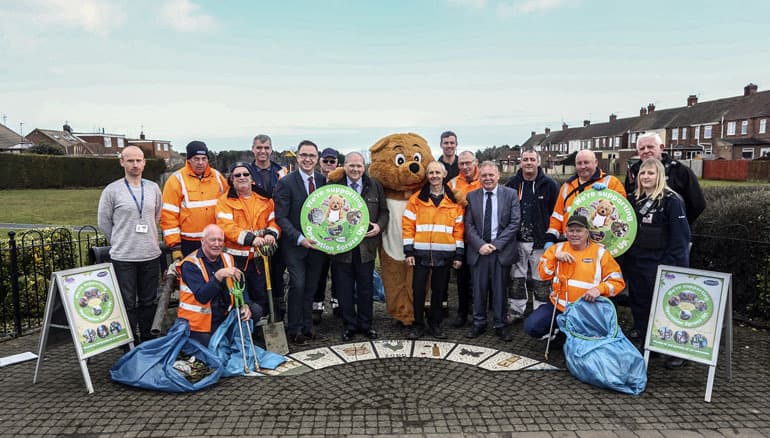 The programme has even won national recognition, having landed the prestigious title of ‘campaign of the year’ at environmental charity Keep Britain Tidy’s Network Awards 2018.

On the back of these successes, the council has extended the programme’s initial 14 month run.

Spruce Up has begun work at Blackhall Colliery and in the coming months will also call at Pelton, Tow Law, Gilesgate, Trimdon Grange, Annfield Plain and Cockfield.

The activity at Blackhall is seeing litter clearance, planting, benches and fences repaired, and bulky and fly-tipped items cleared up, along the A1086, Coast Road and Middle Street and in surrounding areas.

Council teams will also be going into Blackhall Colliery and St Joseph’s RC Primary Schools to give assemblies and organise poster competitions. Winning designs will be used on posters which will be put up in the community.

Cllr Brian Stephens, the council’s Cabinet member for neighbourhoods and local partnerships, said: “We are delighted to be rolling out Operation Spruce Up to even more towns and villages around the county.

“The fact 90% of survey respondents noticed an improvement in their local environment as a result of the work done through the programme shows what a huge success it has been.

“One of the great things about Spruce Up is that it gives people and organisations the chance to get involved in looking after their community and helping to make County Durham altogether greener.

“We’re looking forward to working in Blackhall Colliery and in the other new Spruce Up locations in the weeks and months ahead.”

Spruce Up sees the council work with its Area Action Partnerships to select programme destinations, with 14 visited so far.

Environmental improvements are delivered in partnership with residents, community groups and town and parish councils.

Businesses and organisations get involved with McDonald’s, Tesco, Co-Op, Northumbrian Water, JD Wetherspoon, Sustrans, Durham University and the Environment Agency having joined in Spruce Up so far.

To find out more, visit www.durham.gov.uk/spruceup