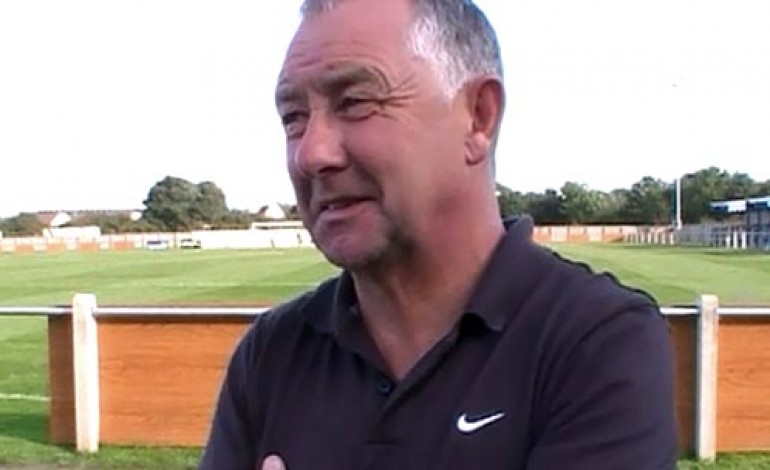 Aycliffe boss Allan Oliver was naturally delighted to see his side get off the mark – but says his post-match feelings were more of relief.

The Newtonians produced their best footballing performance of the season by far to chalk up their first win of the season at home to Marske United on Saturday.

The victory lifts Aycliffe off the bottom of the Ebac Northern League first division.

And manager Oliver admits he was more relieved than delighted, after toiling over his side’s woes for the last month.

“It’s an all-consuming job in the Northern League,” said Oliver, in his post-match Video Interview with Aycliffe Today.

“Lately it’s been the last thing I think about at night, and the first thing on a morning… that’s how much it means to me.

“Nothing lifts players more than a win, and if you asked me before the game if I’d take a raggy-arsed 1-0 win, I’d have bit your hand off.

“But we’ve played well, only got one, and it’s enough to secure the points, and I’m sure we’ll go on from here.”

Go to our Video Vault to see Oliver’s post-match reaction in full.