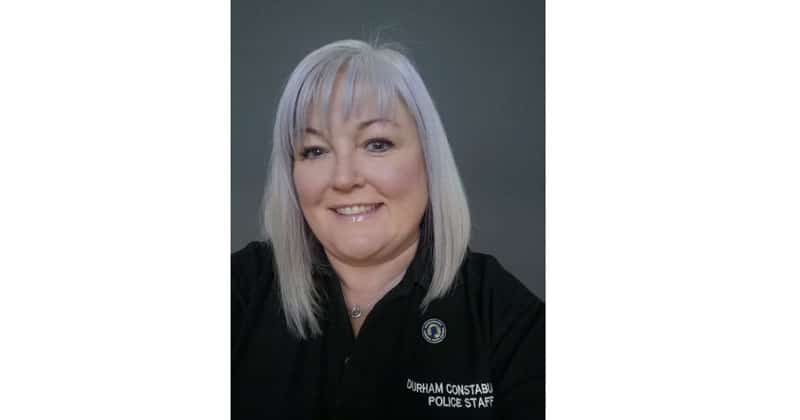 Angela had just escorted her 81-year-old mum to the opticians when the pair decided to nip into one of her favourite shops.

“It was the first time mam had been out in nearly a year because of Covid so she was really excited,” Angela said. “We decided to pop into her favourite shop to get a few bits.”

But as the pair perused through the biscuit aisle, Angela noticed a man acting suspiciously.

He went on to take dozens of packets of Kit Kats off the shelf and stuff them into carrier bags before doing the same with meat from the store’s fridges.

Suspecting the man would try to steal the goods, Angela made her way to the front of the store and blocked the exit.

“I stood at the doors and closed them and he looked at me and bolted to the other side of the shop,” she said. “I shouted to the cashier but he was already through the till so I just instinctively ran after him.

“I grabbed hold of him and he kept trying to pull away, saying I was just making my job harder but then he threw the bags down so I picked them up and took them back to the shop.”

The suspect has now been reported to the police and enquiries are ongoing.

Despite her brave actions, Angela said she did not think twice when she realised what was happening.

The 51-year-old said, who works in the control room at HQ, said: “I love being a dispatcher and although instinct just kicked in, I won’t be making a habit of chasing after suspects. I’ll leave that to our dedicated cops.

“It’s actually funny because when I went back to my mam she was still looking at the biscuits and didn’t seem to bat an eyelid.”

Force Incident Manager, Dave Clarke, praised Angela for the actions and has nominated her for a staff WOW award which recognises employees who have gone above and beyond to serve the public.

“We are really proud of Angela and her actions show how integrated the force’s vision and values are into every single one of our staff members who always go above and beyond to protect the public, both on and off duty.

“People sometimes think it’s only cops who work for the police but we have a wide range of people in different roles who have that strong sense of right and wrong and moral values. Well done Angela!”