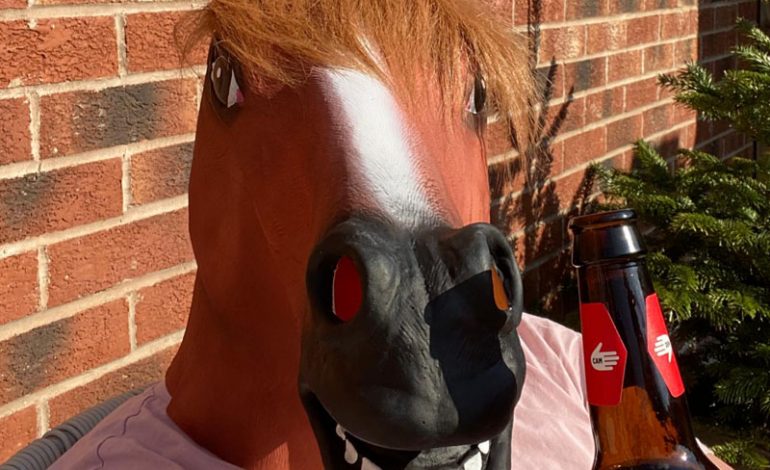 Sunday morning pub side the Iron Horse organised the ‘Isolation Race Day’ among players and their friends, in a bid to ease the boredom for the long-faced workers furlonged by their employers.

Organisers were hoping to get 40-50 people under starter’s orders, with the racing taking place via YouTube links.

But the idea soon grew legs, and by the start of the first race 176 ‘betting slips’ had been returned, with global front-runners logging in from New York, Dubai, Australia, Holland and Germany.

The international fundraising stunt raised £300 initially, until two of the winners chipped in their winnings, doubling the total to £600.

The cash was split, with £300 going to Defoe Crescent Care Home and the other half to St Teresa’s Hospice in Darlington.

Dark horse Will Swinburne, who went to great lengths in organising the race day, said: “The response was like nothing we expected, it just went nuts from Thursday to Saturday.

“I received loads of messages from people saying they were made a day of it, with a BBQ on the go and beers in the fridge!”

After such great feedback, they’re organising a second virtual race day on Sunday (April 19), and they’re hoping to have at least 200 punters involved.

Funds raised from Sunday’s race day will this time go towards The Oaks Sixth Form which works with students with special educational needs. They will use the money for extra-curricular activities.

Money will also go to Rocsolid, an Aycliffe-based charity which supports vulnerable young people and adults.