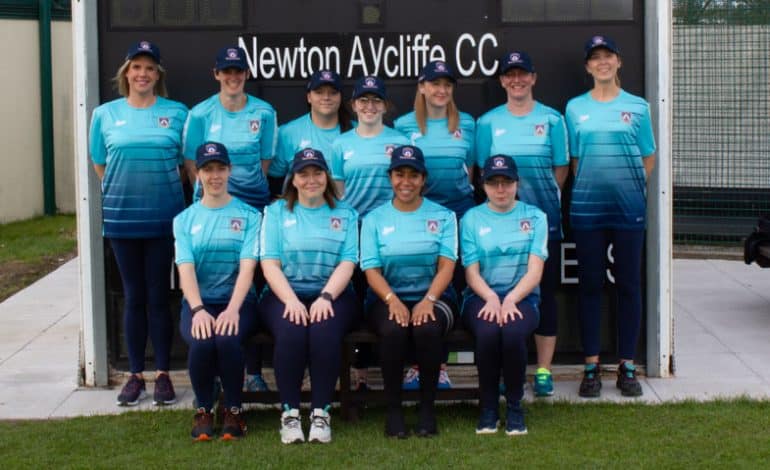 When Newton Aycliffe Cricket Club introduced a ladies section three years ago, the intention was to allow like minded females to meet, train and try cricket.

In the first year they played a few friendlies before entering a softball league last year.

Since then the progress has been rapid and this year the ladies team will again be competing in the Durham Soft Ball league against teams from across the North-East including Beamish, Sunderland and Castle Eden, with their first game scheduled for early June.

NACC Ladies have strengthened their playing numbers over the winter months and have been training very hard indoors, throughout the close season, with the help of team manager Tina Greaves and volunteer coaches from the male teams.

After previously borrowing kit from their male colleagues, last week saw the launch of their own new playing kit, which is sponsored by Recruitrite Recruitment Solutions.

Receiving the new kit from Mel at Recruitrite UK has further inspired the ladies going into the new season.

Captain Natasha Grainger said: “I’m feeling really positive going in to the new season as we have strengthened our team with some new members and have all been training hard to develop our skills with help from our fantastic coaches.

“I feel so proud to be given the opportunity to captain this amazing group of ladies and feel we are ready for the challenges ahead.

“We look forward to the people of Newton Aycliffe coming down to watch us play and showing their support throughout the season.”

Any lady wishing to try cricket can attend training on Wednesday evenings from 5.30-7pm at Aycliffe Sports Club, or alternatively email [email protected] for more information.

The club also run an under 11’s girls team and further information, including training times, can be obtained from Tina.

The club will also again be running All Stars Cricket, aimed at both boys and girls aged 5 – 8 years and Dynamo’s Cricket for 8 – 11years, starting in May.