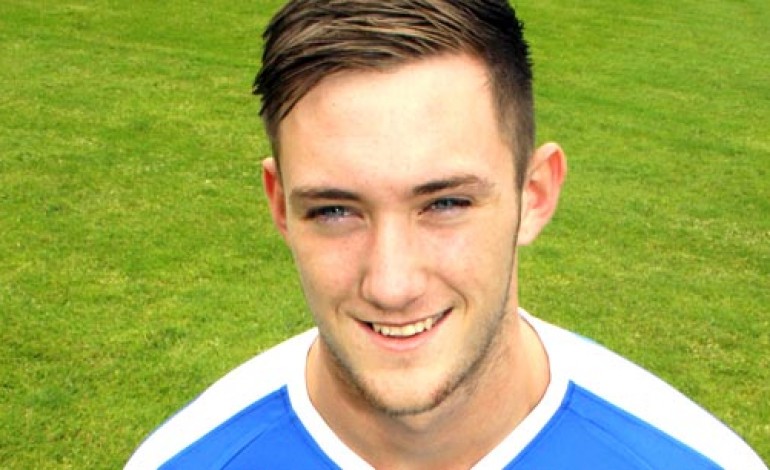 Tom Hinchley (pictured) headed home a 92-minute point-winner with virtually the last action of the game.

And the Newtonians were good for the point, as they just about shaded it at Moore Lane Park.

The draw doesn’t lift Allan Oliver’s side off the bottom of the Ebac Northern League first division, but it should be a huge confidence-booster going into a testing week.

Aycliffe go to Sunderland RCA on Tuesday night, followed by a trip to fifth-placed Whitley Bay next Saturday.

But this promising draw will hopefully put them in positive mood ahead of their double-bill of away trips.

Synners got off to a promising start and forced an early save from Steve Richardson, as he gathered right-back Andrew Burton’s left-footed drive.

Aycliffe’s first attack came in the 16th minutes as Kris Hughes released Danny Earl, but the former Synners striker’s shot was too tame.

Synners forward Andy Jennings squandered a glorious chance to open the scoring a minute later when he dragged his left-footed effort wide from 10 yards out.

The visitors then produced a quality move in the 24th minute as Chay Liddle played a smart one-two with Jennings before his 20-yard rocket was tipped over by Richardson.

Former Aycliffe midfielder Nathan Wilson, who joined Synners only last month, forced a superb save from Richardson just after the half-hour mark, with the keeper tipping his curling shot over the bar.

Synners went close to scoring again three minutes before half-time as Jameson’s clever free-kick rebounded back off the crossbar.

Stuart Owen, Aycliffe’s man-of-the-match, then went close to scoring for Aycliffe five minutes into the second half when his cheeky effort from the corner of the penalty box clipped the upright.

But Jameson found the net on the hour when he tapped in from close range to give Billingham the lead.

Oliver played a last throw of the dice by throwing on crowd favourites Dan Mellanby and Fred Woodhouse after 65 minutes.

And Mellanby went agonisingly close to a leveller in the 79th minute when he met Tom Hinchley’s cross with a brilliant header, but Synners keeper Tim Griffiths pulled off a stunning one-handed save.

But Hinchley grabbed a dramatic point for Aycliffe when he headed Owen’s pin-point cross into the bottom corner.