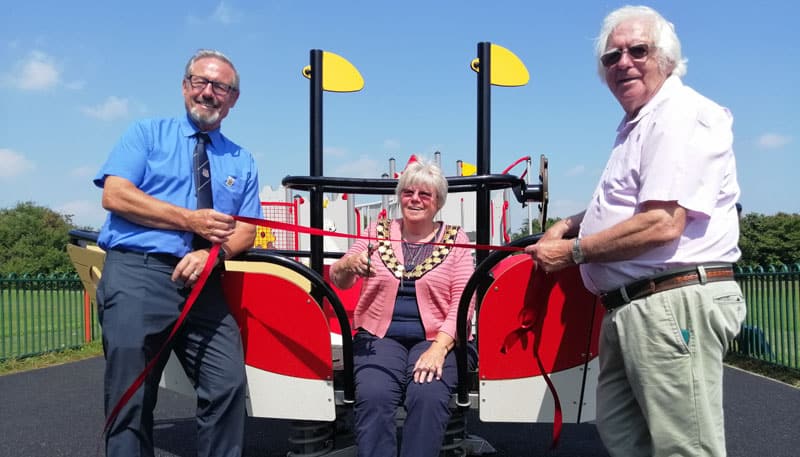 A new play area costing almost £45,000 has been officially opened at Woodham.

Great Aycliffe Town Council revealed the new infant play area at Woodham Park is now open and ready for use during the school summer holidays and beyond.

Aycliffe mayor Sandra Haigh and councillor Carl Robinson, chair of the town’s recreation, were on hand to officially open the area, which cost £44,500.

Cllr Haigh said: “It’s a pleasure to be invited to open this new play area.

“The families using it today clearly appreciate the range of different new equipment, all of which looks great fun.

“I hope this facility will bring the local residents years of enjoyment.”

The redevelopment of this play area demonstrates the council’s continued commitment to the play facilities, parks and green spaces it owns around the parish.

In recent years play areas have been developed or redeveloped at Cobblers Hall and Aycliffe Village, with significant investments to safety surfacing at the Town Park, Moore Lane and St Oswald’s parks.