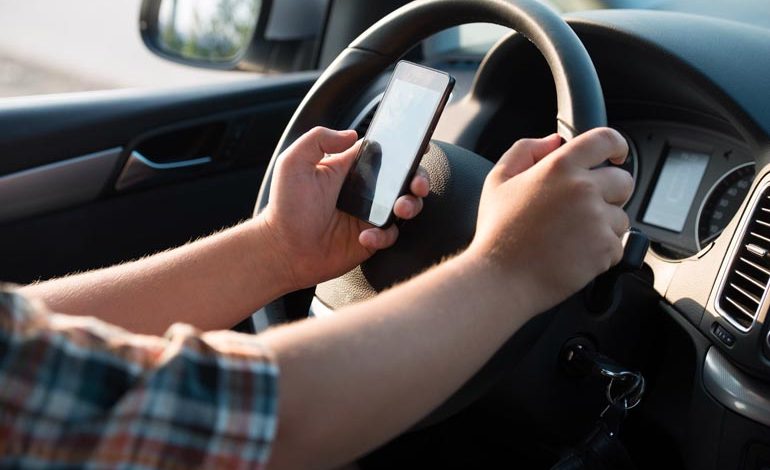 A week-long clampdown on drivers using their mobile phones is being launched across Cleveland and Durham on Monday (July 10).

During the campaign, extra patrols will be dedicated to identifying and educating those risking their lives and the lives of other innocent road users by using their phones whilst at the wheel.

Earlier this year, harsher penalties were introduced which mean that drivers now face a £200 fine and six penalty points on their licence should they be caught flouting the law.

The initiative, which is co-ordinated by the National Police Chief’s Council (NPCC), will see targeted operations and education to raise awareness of the dangers of being distracted whilst driving and the harsher penalties for the offence, which were introduced in March.

A week-long enforcement campaign which coincided with the launch of the new penalties, found that 46 fixed penalties were issued, half of these in the Cleveland area and half in the Durham area.

An earlier campaign in January this year saw a total of 133 motorists caught using their mobile phones whilst driving; 61 of those in Cleveland and 72 in County Durham and Darlington.

Inspector Ed Turner from the Cleveland and Durham Specialist Operations Unit, said: “Becoming distracted whilst driving is one of the four main factors which contributes towards fatal or serious road traffic collisions.

“With the introduction of new legislation earlier in the year, it is hoped that the harsher penalties will mean that less people will take the risk of driving whilst using a mobile phone. We did see some evidence of this as the second campaign of the year saw the figures drop, however, we are not complacent and we will continue to take part in these campaigns to keep our roads as safe as we possibly can.

“People using phones whilst driving is one of the more common complaints that we receive so we know that there are people who continue to do it. To remove the temptation people should always turn their phones onto silent and put them in the glove box so that they are out of sight.”

Ron Hogg, Police, Crime and Victims’ Commissioner for County Durham and Darlington said: “I was pleased to see the results of the campaign earlier this year, which showed that the number of people flouting the law was reducing.

“However, there are still those who persist on using their phones when it is clearly illegal to do so. I urge drivers to be sensible before they cause unnecessary injury, or death, on our roads.”

Cleveland and Durham’s Special Constabularies will also provide valuable assistance throughout the campaign.