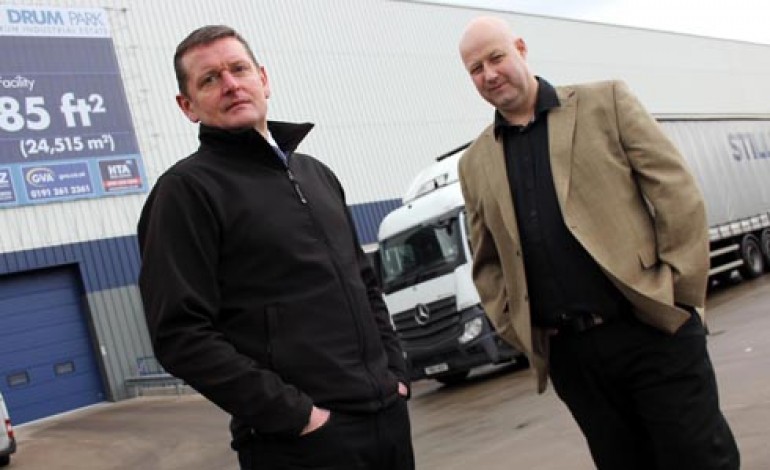 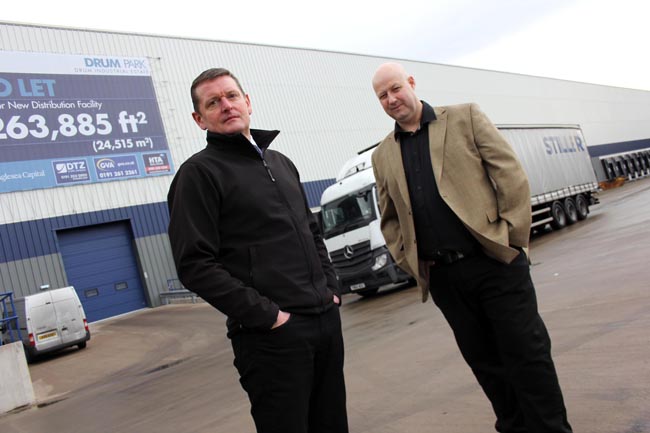 Stiller, based on Aycliffe Business Park, hopes to create at least 10 new posts after striking a five-year contract with Coveris Rigid UK.

Stiller, which currently employs 115 people, will also manage distribution for Coveris, a global leader in the manufacture and distribution of packaging solutions and coated film technologies, after it purchased the 15-metre tall, 264,000 square foot Drum Park, a nine-year-old building which had stood empty for a number of years.

Once the new facility is fully operational by April, Coveris will distribute around 30 billion units – mainly consisting of food packaging – from the site across the UK every year.

Stiller Managing Director Paul Stiller said: “This is a fantastic deal for the company and we’re absolutely delighted.

“We have been working in conjunction with the Coveris team within a very challenging timeframe. We are very proud of the set up work which has been carried out by our team under the leadership of our General Manager, Brian Simpson.

“We’re now looking forward to operating alongside Coveris Rigid and helping them to continually improve the logistics solutions over the next five years and beyond.”

Coveris Rigid, part of the worldwide Coveris group which is owned by Sun Capital, acquired the Drum Park site last November and has been working with Stiller to get the site geared up for storage and distribution.

It has now been fitted out with racking. Half of the unit will be used for warehousing which will be managed and operated by Stiller, and the other half will be utilised by Coveris’ manufacturing operations from April.

The company will then be producing food packaging products and Stiller will be distributing them from its Chester-le-Street location.

Coveris Rigid Operations Manager Ian Donal said: “We have a very defragmented logistics set-up, with sites split between Scotland, Cramlington and Newton Aycliffe, and for the first time we’ll be able to have everything on one site, so we’ll save a lot of money on logistics.

“More importantly it will mean we’ll be able to be more efficient in the way we service our customers, so it’s good news for them as well.

“Out of all the tenders we received for this project, Stiller’s was by far the most attractive offer to go forward with.”

Stiller has revealed it is now recruiting drivers from Romania to cope with growth and a shortage of UK drivers, due mainly to Driver CPC Training.

Paul added: “We’re now recruiting at all levels, including lorry drivers. Some of our staff will transfer and some may transfer from other areas, but we’re definitely recruiting more drivers.

“We recently recruited a driver from Romania through an agency and it has worked really well.

“Importing drivers direct from Europe is possibly something we’re going to do regularly, as there is a shortage of drivers locally. It seems to be a little bit better now, but what we’re really lacking is experienced drivers.”

But the Aycliffe firm has also launched its own training programme to help its inexperienced drivers get up to speed, some of whom have been recruited through the armed forces Career Transition Partnership Scheme.

“There are a fair few inexperienced drivers, newly-licensed guys, but they lack the experience. With that in mind, we’ve set up a fairly comprehensive, in-house training programme for these guys, which is an intense programme, teaching them every aspect of the job.

“We’ve also written a new driver’s handbook which details all the legal requirements of the modern-day driver. At this time it’s only in English, but we may have it translated into other languages in the future.”