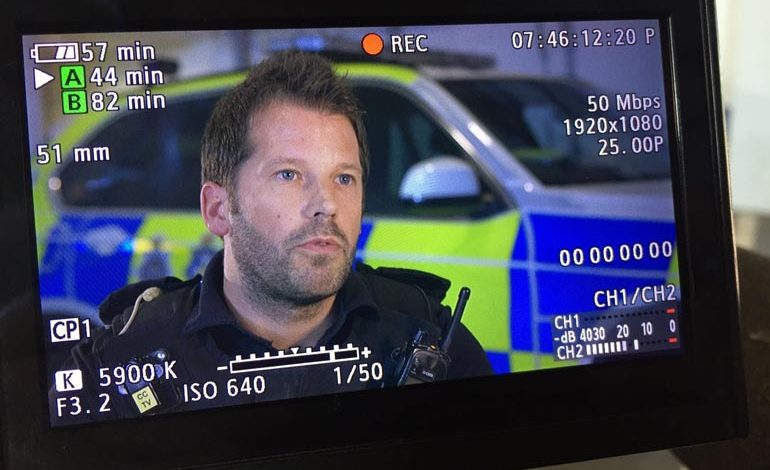 After a two-month break the traffic cops from County Durham and Cleveland are back on TV in a brand new ‘Police Interceptors’ special tonight.

Viewers will see an hour-long special edition of the show this evening (Monday January 16) focusing on the efforts of the road policing officers of the CDSOU (Cleveland and Durham Specialist Operations Unit) to help track down and arrest drug dealers.

Presenter, Ortis Deley spent one shift with Sgt Kev Salter and his team as they headed quite literally from one job to the next, with late-night pursuits, street fights and a search for a wanted man coming one after another.

The show also features sniffer dog ‘Lottie’ on one of her first major operations since finishing her training just weeks previously.

“It was a pleasure to give Ortis and the team an insight into what we do and the results you will see on screen across the entire episode were all filmed in the first four hours of one shift,” said Sgt Salter. 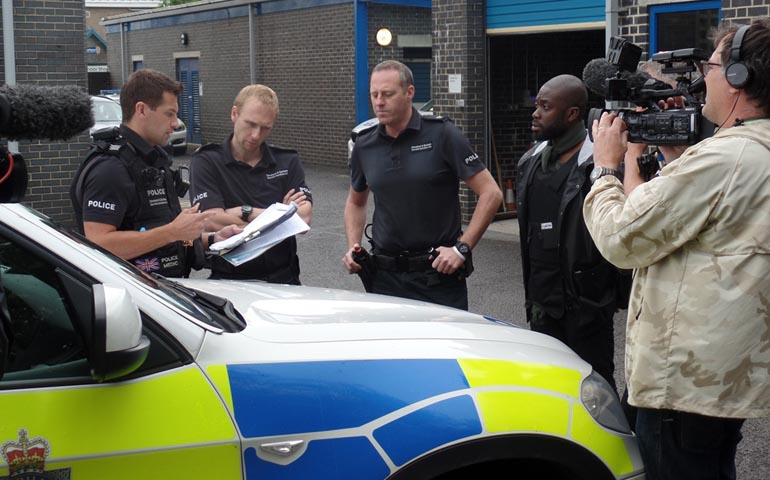 “The RPU is very proactive in tackling criminality and we love nothing more than getting great results. We know these will have a substantial impact on the organised crime groups in our areas and we hope this comes across in this episode.

“The public support has been overwhelming throughout our involvement with Police Interceptors and we are grateful for that continued support. We hope everyone enjoys the show on Monday.”

The ‘Drugs Bust’ Special goes out at 8pm on Monday, on Channel 5, and is followed a week later by another special edition of the series.

The show on January 23 features a number of dramatic pursuits, both from the north east and other areas of the UK.

This will be the last edition of Police Interceptors to feature the CDSOU; after three complete series and several specials based in Cleveland and Durham, the film crews have moved on and are now filming with Cheshire Police.

The specials, and the three series, have been produced for Channel 5 by Raw Cut Television.

They cost £5 per calendar with any profits going to three different charities.