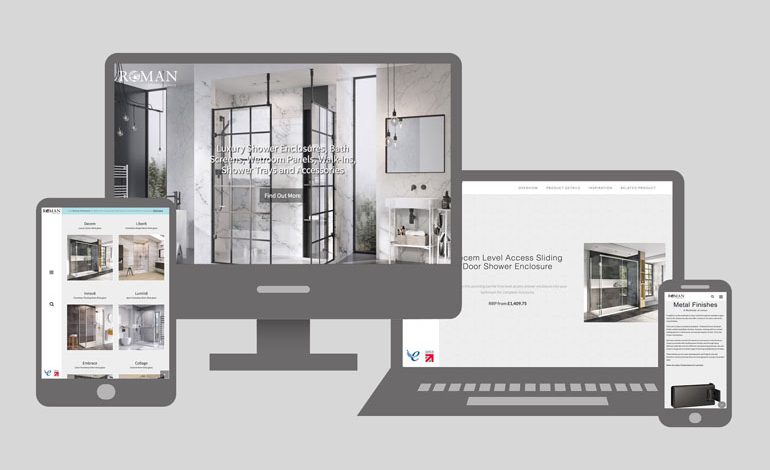 Newton Aycliffe manufacturer Roman has launched a new website, with its boss saying it “tells the Roman story”.

The market leading shower designer and manufacturer, one of Aycliffe Business Park’s biggest manufacturers, has created a new user-friendly and mobile-responsive website.

The firm’s site has a brand new layout, design and use of new technology to ensure Roman provides the most user-friendly experience possible, with its design noticeably more minimal and image-led.

Roman managing director David Osborne said: “We thought it was important to strip back our website and make our stunning product images tell the story.

“Our website now leads the user with inspirational imagery, is even easier to find products, tells the Roman story and provides the user with a simple navigational system.”

A new search facility has been added to Roman’s site, as well as a product filter system, so products can be searched for with more accuracy and ease.

Romas has also expanded its specification section by adding project case studies and further information on the international side of the business.

Roman has been nominated for three awards in Aycliffe Business Park’s third annual Make Your Mark awards competition, being held on May 24, including Company of the Year.

In 2017 the firm, which exports to 51 countries around the world, was named one of Europe’s top 1,000 fastest growing companies, was presented with The Queens Award for Enterprise for International Trade and invested £400,000 in new machinery at its Aycliffe site.