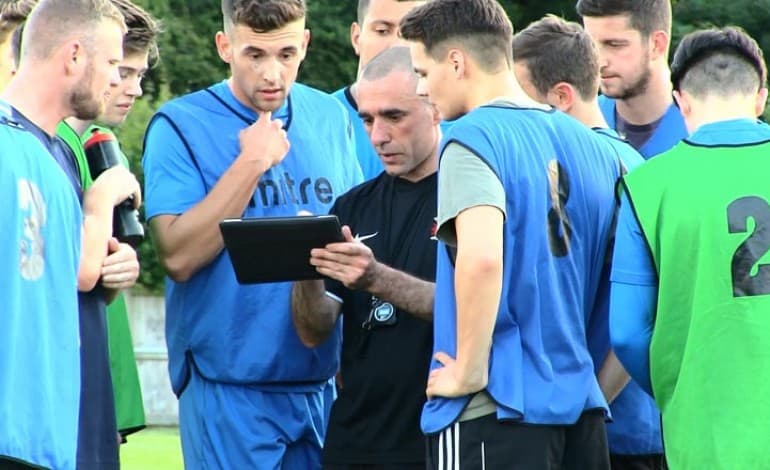 Newton Aycliffe kick-off the new season at home to champions Marske United tomorrow – and fans can expect to see a number of new faces.

The Newtonians will have at least five new players in their squad when the Seasiders come to Moore Lane Park on Saturday (3pm kick-off).

They include former Middlesbrough midfielder and Northern Ireland youth international Brian Close, as well as star striker Matty Moffatt, both signed from West Auckland this summer.

“Ideally we’d still like to be a little stronger. Our squad isn’t as strong as others in the division, but I’m happy with what I’ve got.

“Last season was very frustrating. We were very unlucky with injuries and we had a tiny squad.

“We’ve managed to add to it this summer, and if we keep people fit, I’m hopeful we’ll have a decent season.

“Aycliffe supporters will see an improvement to last season, that’s for sure. We’ll be fitter, we’ll be a lot more organised, and we’ve got a lot more quality.”

But Dixon is now hoping to be challenging at the other end of the table, beginning with a victory at home to the champions.

“It arguably might be a good time to play them,” he said.

“The league table showed they were the best team last season, so it’ll be a good test for us.

“We have a few players missing through holidays which is typical for this time of year, as I’m sure they will have as well, so I don’t think you get a proper idea of who’s going to be the top sides until four or five weeks into the season.”

Newton Aycliffe’s season opener at home to Marske on Saturday kicks off at 3pm.