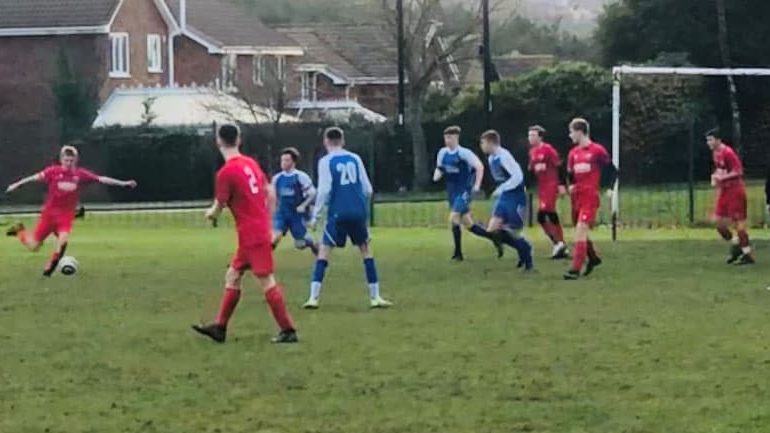 Under 9’s White’s – Travelled to Crook Town in what proved to be a real game of two halves. Aycliffe could not get going in the first half and Crook dominated. The second was much improved and Aycliffe played wonderful football, with Josh scoring a fantastic goal. MOTM – Josh who worked hard and scored a great goal.

Under 10’s Black’s – Played East Durham, which proved to be a tough battle against a very physical East Durham side. Aycliffe started slow, but eventually got into the game and had great attacking moves. Unfortunately, they just could not find goal that there work rate deserved, creating some great runs, and having several shots. MOTM – Charlie John for his endless energy and determination to win every ball.

Under 10’ Black’s – Played against Wear Utd. A difficult game ensued for Aycliffe having only played the day before. The game started even, and chances were to a minimum, partly down to a difficult pitch. Aycliffe to the lead at the break with a fine goal from Charlie John. The second half started in the same vein as the first with the Aycliffe creating several chances. Rhys then grabbed a wonderful goal to double the lead. Wear Utd responded well and created numerous chances and grabbed a late goal. The full team played well, and they are showing huge improvement in the transition between defence and attack. MOTM – Mathis for his fine wing play and his defensive work when required.

Under 13’s Blacks – Played Spennymoor Town today with Aycliffe starting strong and putting in a wonderful performance. Aycliffe went into the break 2-0 up, which enabled them to change tactics in the second half. A further three goals followed in the second half to give Aycliffe a 5-0 win. The goals scored by Robbie, Danny, Alex & Jayden (2). MOTM – Danny

Under 14’s White’s – Hosted Boro Rangers Reds at Woodham Academy. Boro Rangers Reds ran out eventual 3-1 winners, in what was a close encounter. Aycliffe played high-level football and were looking to pinch a draw from the game. Aycliffe’s goal come from Brad. MOTM – Connor

Under 16’s – Travelled to Washington Juniors, which in recent seasons has proved to be a tough place to travel. Aycliffe took the lead with a superb run and finish from Archie, before Washington equalised with a hopeful cross that caught the keeper out. Washington then took the lead before half time with a powerful header. Aycliffe dominated the second half, with Liam and Anthony both going close, before Liam was the victim of hard challenge from the goalkeeper, which resulted in a yellow card. Anthony then stepped up to put the penalty away to make equalise. Unfortunately, as Aycliffe pushed for the win, Washington broke and scored a well taken goal to give them a 3-2 win. MOTM – Ted.