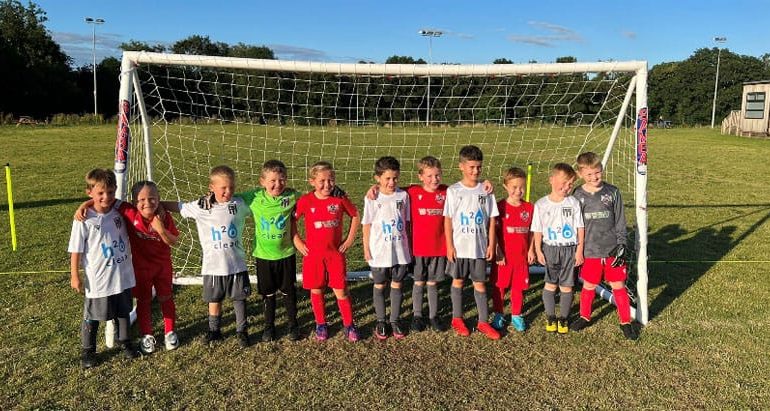 Under 7’s Juniors – Played against AJX, in a game full of goals, Aycliffe only had five players available due to injuries. MOTM was Linc Harrop who worked hard throughout the game scoring five goals.

Under 7’s Reds – Travelled to Yarm to play an exceptionally good Leven side. Aycliffe gave their everything and put in a solid performance, despite a couple of plays not feeling 100%.

Under 9’s – Played against Willington Whites, it was a tough start for Aycliffe, before Charlie Cooper went a great run before being fouled. Joseph Robinson stepped up and scored a beautiful free kick. Into the second half, Jenson Patton made a string of saves for Aycliffe, before Charlie cooper went on another run, before getting fouled again. Joseph Robinson again took the free-kick, but this time he crossed into the box and Marshall Philpot-Wrights headed into the top corner. MOTM was Jenson Patton who had a wonderful game in goal, with a commanding performance and some fine saves.

Under 10’s Blacks – Travelled to Coulby Newham and played 3 x 20-minute games, which were all close encounters. Liam produced some great saves in goal, and Chase did very well up front. MOTM was awarded to Jacob and Max for their great attitude and effort.

Under 18’s – Continued their 100% preseason with an emphatic 9-0 victory at home to Trimdon. It was a dominant performance from start to finish with some superb passing football. The goals were scored by Milo Harris (3), James Kell (2), Jack Clarkson, Josh Gibson, Callum Whitfield, & Alex Simpson.