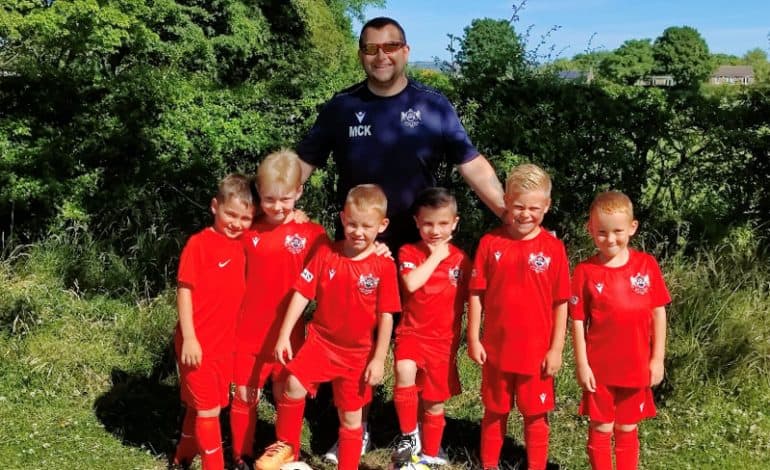 Under 7’s Reds – Entered into the Bishop Auckland St Mary’s Tournament held at Bishop Auckland College, the team had a wonderful day in the soaring conditions and played some particularly good football.

Under 7’s Juniors – Entered into the Bishop Auckland St Mary’s tournament, finishing runners up in the group, playing a strong Hetton team in the semi-final of the cup, it was not to be their day, but a wonderful day was enjoyed by all.

Under 7’s Whites – Played in the Bishop St Mary’s tournament, finishing third in the group and narrowly missing the final after a tough game in the semi-final.

Under 9’s – Travelled to play Willington Blues, the game started at a fast pace in hot conditions, a quick counter saw Joseph assist Charlie to score. Willington then responded well, before Charlie played in Joseph to score. MOTM was Joseph Robinson.

Under 10’s Blacks – Travelled to Redcar for the Junior Champions league tournament. An exceptional performance in the last group game against Normanby Oranges, seen the team progress to the plate semi-final, narrowly missing the final after a tough game against Skelton.

Under 13’s Whites – Played in the Redcar Champions league tournament, it was not to be Aycliffe’s day, coming up against strong opposition. The highlight of the day being an amazing bicycle kick goal from into the top corner, unfortunately it was not enough to progress out of the group stage.

Under 13’s – Entertained Heighington Whites, despite starting brightly, Aycliffe conceded on five minutes, Heighington doubled their lead after a great save from Logan was followed by a goal mouth scramble and Heighington toe poked it in. Oliver grabbed a goal back for Aycliffe with a long-range effort. Aycliffe played much better in the second half with Callum equalising after a great run and finish from a tight angle. It was not to be Aycliffe’s day as Heighington grabbed a late winner. MOTM was Ewan.

Under 15’s – Grabbed a great 5-3 win over Cargo Fleet with Jake scoring a hat-trick and further goals from Jayden and Connor.