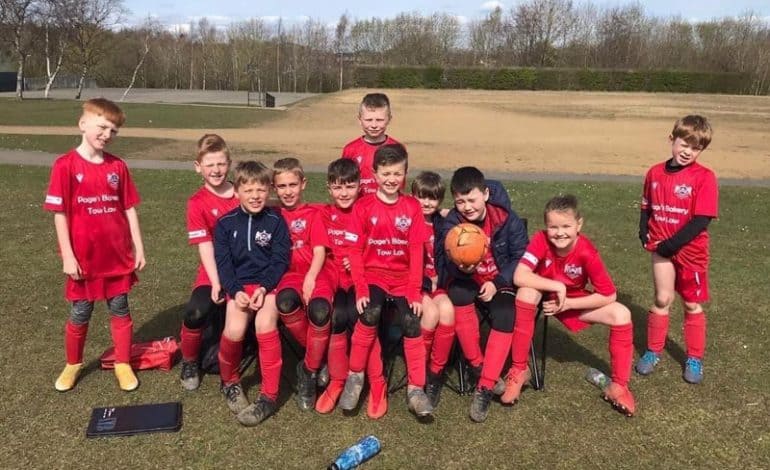 A round-up of this week’s football from Newton Aycliffe Junior Section.

With the summer break now upon us, games are exceedingly rare now, below is a roundup of games from the last two weeks.

Under 9’s Whites – Played against Hetton, with four players missing, Aycliffe had a threadbare squad with no substitutes available. William got injured in the first half, but bravely battled on for the rest of the game, which was enough for him to be awarded MOTM.

Under 9’s Blacks – Travelled to Chester Le Street, to face Hilda Park. It was tough test for the lads facing a team who had won a league and cup double last season. The opposition were very physical, and Aycliffe battled well, but failed to take any of the chances created. MOTM was Tyler Jay.

Under 10’s Blacks – Played against Wear United, in their last league game of the season. Going out on a high, Aycliffe played some fantastic football. Rhys opened the scoring in the first half, before Mathis grabbed his first goal of the season. Rhys went onto complete his hat-trick in the second half. MOTM was Rhys for his excellent dribbling skills and passing. An impressive performance from the team.