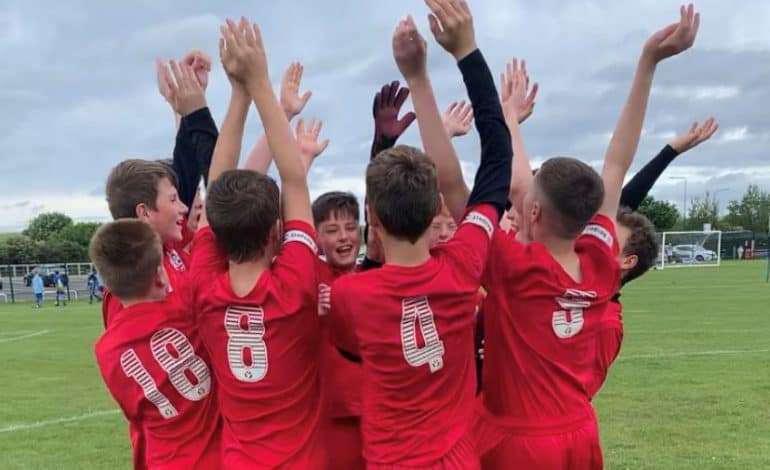 Under 6’s Juniors & Under 6’s Whites – Both teams played in a tournament, playing four games each, in the same group and enjoying a wonderful experience.

Under 6’s Reds – Played Leven AFC, in a game were Aycliffe worked extremely hard, they were not rewarded with getting a goal, an earnest effort, nevertheless.

Under 9’s Blacks – Hosted Dormanstown Rovers in a friendly. Aycliffe began slowly and the first ten minutes was scrappy, they soon began playing though and Fin grabbed two goals and Max added a third before half time. Jarrod scored the fourth goal, before Fin completed his hat trick with a wonderful long-range effort. MOTM was Fletcher, who was outstanding at the back and never put a foot wrong.

Under 10’s Whites – Played against highflying Beamish, Aycliffe played some good football, but were caught out on the counterattack. Aycliffe rallied in the second half and scored a great goal from Jack R. MOTM was Jack R.

Under 13’s Whites – Entered the G.O.T Redcar Championship. The first group game was against Darlington All-star Jets, Aycliffe took the lead deep into the second half but a late second scramble give the Jets an equaliser. The second game was against Eaglescliffe Blues and Aycliffe did not disappoint, until five minutes of madness seen Eaglescliffe score 3 goals. In the final group game Aycliffe faced Cleveland Hall Bayern and Aycliffe took the points with a 2-0 victory. Into the semi-final of the plate competition, Aycliffe faced Eaglescliffe Yellows in a game that Aycliffe dominated to win 3-1. The final was one step too far, Aycliffe lost 3-0 in a reliable performance against Norton and Stockton, who play their football two divisions higher up.

Under 18’s – Played a friendly against Division one Darlington Young Bulls, with new signings Charlie W, Sam P and Tom A all featuring. Aycliffe took the lead twice, but both times were pegged back.