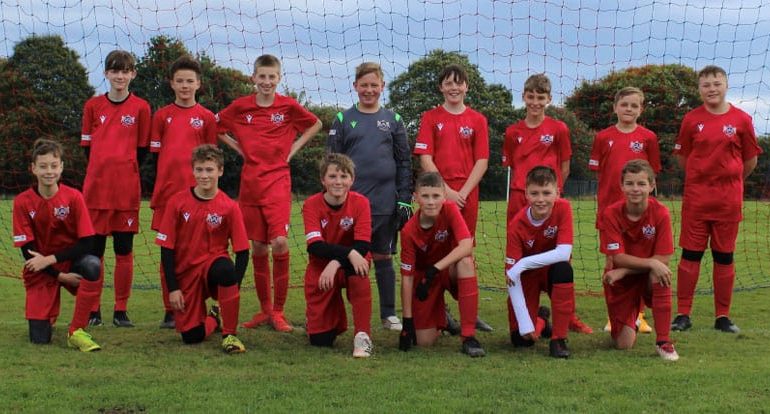 Under 6’s Reds played Under 6’s Whites played an inhouse friendly, were both teams worked extremely hard and enjoyed the game immensely.

Under 6’s Juniors – Played three 20-minute games against AJX academy. It was a good test for Aycliffe and the game was full of goals. MOTM was Colton, who worked hard throughout the game and was great in front of goal.

Under 9’s Blacks – Travelled to Dormanstown Rovers, Aycliffe scored six wonderful goals, with a hat-trick from Fin, a goal from Jarrod, Chase, and Findlay both grabbing their first goals for Aycliffe. MOTM was Fin Cochrane.

Under 10’s Blacks – Played South Moor, Aycliffe started off strong, and put in a determined performance against good opposition. Harry scored Aycliffe’s goal. MOTM was Mathis for an impressive performance.

Under 10’s Whites – Played against Gateshead team, Aycliffe started slow, but eventually come into the game, with goals coming from Jack (2) and James. MOTM was Zach for his first half defensive display and Jack in the second half for his constant attacking presence and goal.

Under 13’s – Got back to winning ways v Tibs Yellows. Ethan opened the scoring early on after a pass from Alexander. Ethan was tormenting the opposition down their right side and provided an excellent cross for William who finished to make it 2-0. MOTM was Oliver.

Under 13’s Whites – Entertained Eaglescliffe Elementis Blues in a friendly. Eaglescliffe won 3-2, but Aycliffe put in a wonderful performance against opposition from a higher league. The two goals coming from Tom.

Under 16’s – Travelled to Bowburn Youth United in the final game of the season. Aycliffe dominated with Louis, Liam, Charlie, and Anthony Mac going close. Aycliffe conceded a penalty late on, before Charlie lobbed with keeper with a header to equalise. It was heartbreak at the end when a goalmouth scramble was bundled home for a 2-1 win for Bowburn. MOTM was Charlie & Taylor.