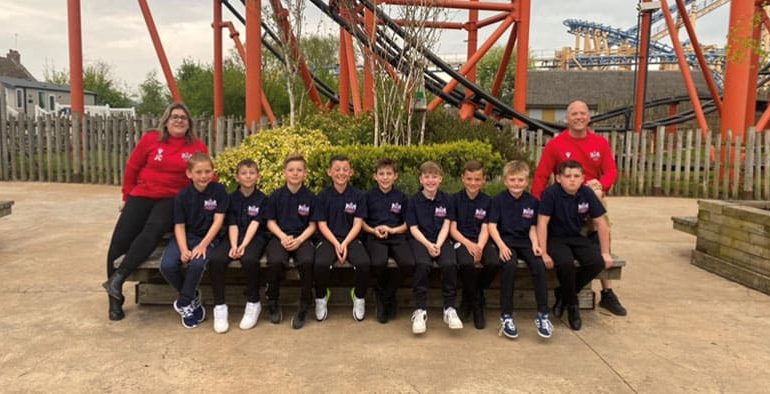 Under 9’s Whites – Played against Hylton Colliery Welfare and put in a strong performance, there were good chances for Oscar, Harry, Ryley and William, but they couldn’t get the goal they deserved. MOTM was Ryley.

Under 10’s – Entered the Flamingo Land tournament, where a wonderful weekend was enjoyed by all involved. They played five games overall, finishing fourth.

Under 12’s and Under 13’s Whites – Played a friendly tonight to give the Under 12’s some more experience at 11v11, before they move up next season. The Under 12’s played some good football with some great spells of passing.

Under 15’s – The newly crowned Division three champions suffered their first league defeat since September 2019 this weekend, losing 2-1 away to North Ormesby. Travis scored the goal for Aycliffe early in the second half. Despite the defeat, Aycliffe finished the season as champions winning 17 from 18 games.

Under 16’s – Travelled to Sunderland Rangers Reds, Aycliffe played some good positive football and found themselves 2-1 up, with goals from Taylor and Liam. It wasn’t to be there day though as they eventually went down 7-2. MOTM was Liam.