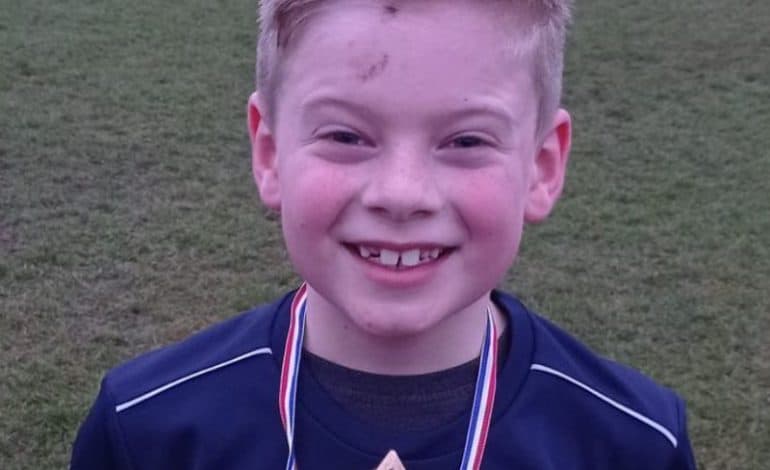 A round up of this week’s football from Newton Aycliffe Junior Section. With most of the teams not having a fixture this weekend, they were able to relax and enjoy some delicious chocolate easter eggs!

Under 8’s – Played three friendly matches against Darlington RA, with all games being close and giving Aycliffe some valuable experience. MOTM was Fletcher for his magnificent work rate, good runs forward and some excellent last-ditch tackling.

Under 9’s Whites – Put in a tremendous performance away to South Shields Foundation Clarets. Aycliffe started strong and dominated the game with goals coming from Oscar (4), William, and Harry. MOTM was awarded to Oscar.

Under 9’s Whites – Entered an easter tournament at Washington, playing five competitive games throughout the day. MOTM was Aaron who scored two goals and looked strong and tricky.

Under 10’s Whites – Played Sunderland West End in a competitive game, after struggling recently, Aycliffe showed great self-belief in a vastly improved performance. Jack grabbed both goals for Aycliffe. MOTM was Maxi for his excellent performance on the right wing.

Under 10’s Blacks – Played against Blackhall Monks in a very tough game. Aycliffe battled well with only seven players available and limited defenders. Unfortunately, Aycliffe went down to six men with an injury to Rhys, they never give up though and scored two goals through James and Harry. MOTM was Brandon, for his constant energy and playing out of defence with some fine runs.

Under 12’s – Entered an Easter tournament and got through to the semi-final, eventually losing on penalties. In the three group games Aycliffe defeated Gateshead Junior Stripes 4-1 with goals from Callum (3) and William. In the second group game Aycliffe won 3-1 against Roseberry Park with Callum grabbing another three goals. In the final group game Aycliffe defeated South Moor 2-0 with both goals coming from Callum. Into the semi-final Aycliffe drew 1-1 with Riverside Juniors Thornaby with Callum grabbing the goal, what was his 10th goal of the tournament and cemented his Player of the day award. It was not to be for Aycliffe though, losing 5-4 on penalties.

Under 13’s Whites – Remain unbeaten in 2022, winning 5-1 against Eaglescliffe Elementis Yellows at Woodham Academy. Goals from Charlie, Tom, Noah, and Henry put Aycliffe 4-0 up at half time. In the second half the game become very scrappy, with Eaglescliffe scoring, before Jack rounded off the game with the fifth goal. MOTM was Jack.