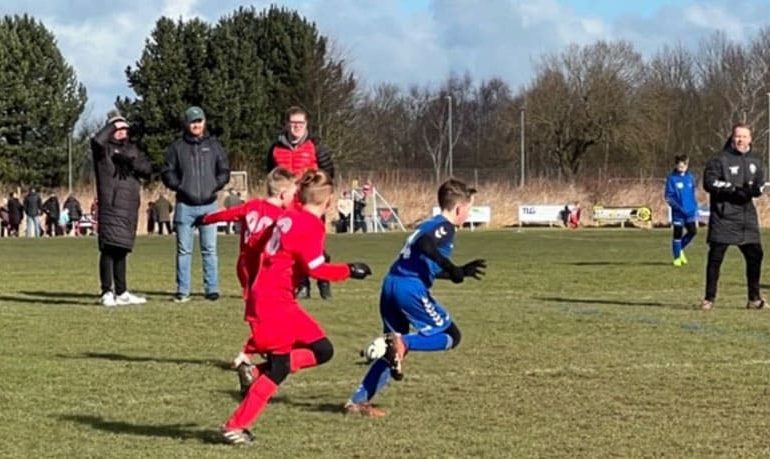 Under 10’s Juniors – Travelled away to Eaglescliffe Elementis in what proved to be a game of “two halves”. Aycliffe dominated the first half creating numerous chances before deservedly taking the lead with a goal from Maxi. Into the second half Eaglescliffe got into the game and forced Aycliffe to defend for lengthy periods. Another goal in the second half was not enough for Aycliffe. MOTM was Dom for his calm and composed first half display.

Under 11’s – Travelled to Marske in a physical encounter. With only nine players available, Aycliffe dug deep and battled hard to earn a fantastic win. The goals come from Sam who finished brilliantly and Archie who rounded of a wonderful team move. MOTM was Sam.

Under 15’s – Made the long trip away to face Whitby fishermen, in a rearranged fixture after the original game was abandoned due to harsh weather earlier in the season. Aycliffe took an early lead through Leighton, but the side rallied, and Aycliffe soon found themselves 2-1 down. After a feisty five-minute spell, Aycliffe rallied, and it was Tom who grabbed the equaliser scoring a great goal from outside the box. Into the second half Aycliffe started strong with two goals in two minutes, with Leighton grabbing his second of the game followed by a goal from Josh. A mistake at the back let Whitby pull another goal back before Travis finished off the scoring late on with Aycliffe’s fifth and final goal to give the lads a 5-3 victory.

Under 18’s – Travelled away to face Redcar Athletic. It was not a good day at the office as the lads lost 5-2 in a lacklustre performance.