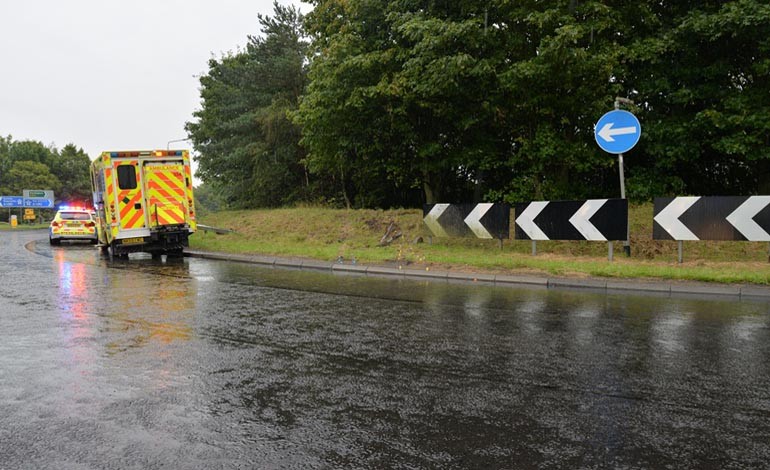 A man has died after the vehicle he was driving left a busy road on the outskirts of Newton Aycliffe and crashed on a roundabout.

The silver coloured Renault Megane had been travelling from Burtree Gate on the A68 when it failed to negotiate the roundabout above junction 58 of the A1(M).

The car went through a chevron board before colliding with a number of trees, eventually coming to rest in dense undergrowth on the roundabout.

The driver, a man thought to be in his 20s, was confirmed dead at the scene.

Although police believe they know the identity of the deceased, a formal identification of the body has not yet taken place and is not expected to be done until later today (Monday).

The circumstances were reported to police shortly after 11.30am on Saturday (September 3) by a passing motorist.

However, collision investigators are unsure at this stage exactly when the fatal accident took place.

The investigating officer, Sgt Andy Sutherland from the Road Policing Unit said: “The car appears to have left the road at some speed and crashed into a number of trees before finally coming to rest several metres back from the carriageway.

“Its location means it would have been extremely well-hidden from passing traffic.”

Anyone who can help the police with their enquiries is asked to contact the collision investigation unit on 0191 375 2159.