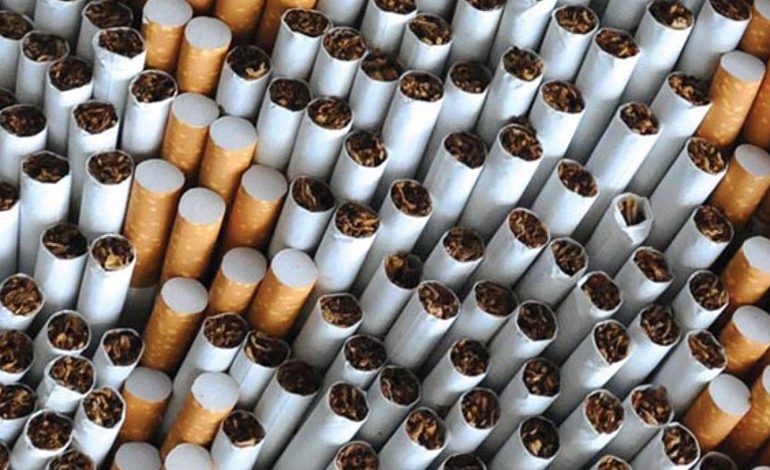 More than 90,000 illicit cigarettes have been taken off the streets of County Durham, councillors will hear.

A total of 94,040 illegal cigarettes were seized in raids carried out by Durham County Council in the financial year 2017/18, the authority’s cabinet is to be told in a meeting next week.

The figure is from a report outlining the consumer protection team’s enforcement activities over that period, principally in relation to the illegal supply and misuse of tobacco and alcohol, which have been carried out in partnership with Durham Constabulary and other agencies.

Members will also be told how in addition to the cigarettes, officials seized 41.8kg of hand rolled tobacco and more than £4,000 under the Proceeds of Crime Act, from seven homes and shops over the 12 months.

Cabinet will also hear how the team secured the council’s first closure order under the Anti-Social Behaviour and Policing Act, with Westlea Mini Market at Seaham shut down for two months in January for repeatedly selling illicit tobacco. The store’s premises licence has since been surrendered.

The report sets out how the team dealt with 105 complaints relating to illicit tobacco in 2017/18. Forty nine of these came in through the regionwide Keep it Out campaign which ran in November and December with council support to raise public and business awareness of illegal tobacco. Officials dealt with 68 complaints about underage sales of alcohol over the 12 months.

Officers carried out a total of 89 test purchases over the 12 month period, 68 of which were alcohol related. Failed test purchases for alcohol result in the first instance in the issue of a fixed penalty notice and a requirement to undergo training. Subsequent failures result in review of the premises licence.

Over the course of the financial year, ‘Do You Pass’ training on age related products was delivered to 23 retailers – taking the total number to receive it across the county to 433.

Cabinet will also hear about the team’s planned enforcement programme for 2018/19 which will see it continuing to organise events to raise public awareness of the harms associated with illicit tobacco.

These will follow the success of those held in Durham and Chester-le-Street last summer at which advice on quitting smoking was offered by the Smoke Free Life County Durham team.

Cllr Brian Stephens, Cabinet member for environment, health and consumer protection, said: “It is really pleasing that our team has continued its excellent work in 2017/2018 with so much illicit tobacco and the illegal money linked to it taken off our streets.

“Obtaining its first closure against a premises which was engaging in criminal activity was a notable success and it’s fantastic that more than 400 retailers have now been giving the training on age related products.

“We remain committed to working with our partners to tackle the damage to health and criminality associated with the illegal supply and misuse of tobacco and alcohol within County Durham.”

Cabinet meets in the Council Chamber at the Council Offices, Spennymoor on Wednesday April 11.