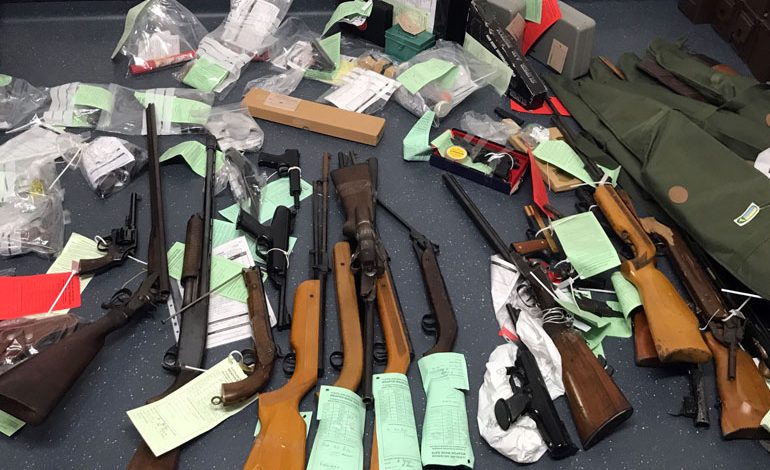 More than 60 firearms have been handed in to police in Durham as part of a national campaign.

The two week firearms surrender, which ran from November 13 to November 26, gave people across the country the opportunity to safely dispose of unwanted or illegally held firearms and ammunition.

In County Durham and Darlington, more than 60 firearms were handed in over the two weeks. These included BB guns, air rifles, replica handguns and antique muzzleloaders, as well as a pump action shotgun and a revolver.

Assistant Chief Constable Dave Orford, who is the National Police Chiefs’ Council (NPCC) lead for firearms licencing, said: “We are extremely grateful to everyone who came forward and surrendered items during this campaign.

“During the two weeks we have received a full spectrum of firearms. We have also received more than double the number of firearms that were handed in during the last surrender in 2014.

“I’d like to reassure people that the majority of the weapons that were handed in were unwanted firearms, BB guns and antique weapons that had been passed down through generations.

“While gun crime is thankfully very low in County Durham and Darlington, taking more than 60 firearms out of circulation can only be a good thing and I’d like to thank local residents for playing their part in helping to make our county a safer place to live.”

All the weapons that were handed in will now be assessed before being deactivated and destroyed.