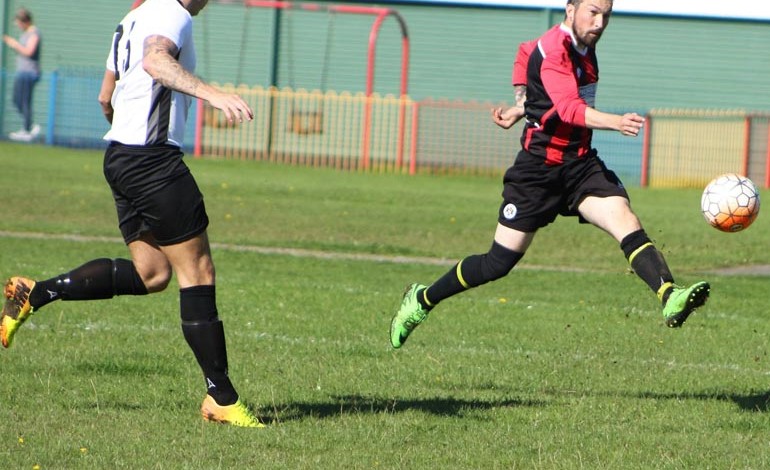 For the second week in a row Newton Aycliffe Sports Club crashed out of cup competition, this time at the expense of Peterlee Catholic Club in the County Cup.

The high-flying away side showed Aycliffe they meant business slamming a shot off the post in the first five minutes. With the home side on the backfoot the deadlock was broken on eight minutes with Peterlee cutting in from the left hand side and slotting home past the stranded Andy Hartley.

Midfielder Dan Robinson missed a great chance to draw level after the Catholic Clubs keeper was left stranded only to see his tame effort blocked by the last defender. Peterlee then got their second goal of the game, a corner poorly defender and headed in on the fifteen minute mark.

The Sports Club then applied a bit of pressure in the Peterlee half hoping to get themselves back in the game but failed to breakdown the away teams solid defence. Peterlee made it 3-0 just before the break as Sam McKerrs mistimed sliding tackle allowed the centre forward to break through and score.

The second half started pretty much as the first had finished and Peterlee made it 4-0 on the 50 minute, a free kick over the wall which flew past homeside keeper.

However, with plenty of time still on the clock, Anthony Campbell clawed a goal back taking advantage of a poor clearance from the keeper, holding off attempts to tackle him and slotting home.

Any chance of a comeback though was quickly stopped as Peterlee made it 5-1 on 80 minutes. A penalty for the home team was slotted home by Chase McMullen to round off the scoring for the tie.

This week sees a return to league action as the Sports Club take on Spennymoor Voltiguer at Moore Lane Park.