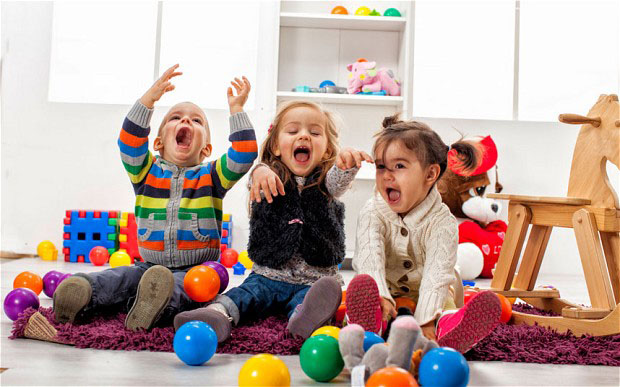 Efforts to raise awareness of free childcare for two-year-olds in County Durham are paying off, with the number of families taking up the offer now significantly above the national average.

Most recent figures show that 87% of eligible families are accessing the provision compared to 70% nationally.

The figure also represents an increase of almost 20% over a 12-month period, with only 68% of families taking advantage of the offer in 2015.

The figures are included in a report which provides an update to Durham County Council’s Cabinet on health and wellbeing rates for children, pregnant women and new mothers in the area.

It also reveals that there has been a sustained downward trend in teenage pregnancies in recent years, with a drop of more than 60% in under 18 conception rates between 1998 and 2016.

This reduction follows the development of a teenage pregnancy strategy and action plan by the council and its partners.

The authority is working with a number of agencies including Durham, Darlington, Easington and Sedgefield and North Durham Clinical Commissioning Groups and Tees, Esk and Wear Valley NHS Trust, to address inequalities in child health across the county.

Cllr Olwyn Gunn, Durham County Council’s Cabinet member for children and young people’s services, said: “Getting a good start in life and getting maximum benefit from education are important markers for good health and wellbeing throughout life so preparing children so they are ready to learn at the age of two and ready for school at the age of five is incredibly important.

“Parents have the biggest role to play in this but we can also do much to support the process, particularly when we work closely and collaboratively with our partners.”

The report, which will be discussed by councillors next Wednesday (May 16), also looks at how a review of the council’s children’s centres in 2015 has impacted on the number of families who now access services.

The percentage of children under the age of five who live in the county’s top 30% most deprived wards who are registered is 91%, up from 66% in 2010.

Staff are also reaching out to more families, with 85% of children under the age of five who live in the top 30% most deprived wards having been contacted by a children’s centre. This compares to 43% in 2010.

Furthermore, 97% of the county’s teenage mothers have had at least some contact with support services.

Cllr Olwyn Gunn added: “Since reviewing our children’s centres in 2015, we have made a concerted effort to target services at the most vulnerable children and families in order to give us the best possible chance of reducing inequalities.

“This work is clearly paying off as we are seeing a significant increase in the number of families from deprived areas who are in contact with our children’s centres.

“We have also been working to identify eligible families who are not taking up the offer of free nursery places for two-year-olds and have seen some fantastic results in this area, with many more children now benefitting from the initiative.”