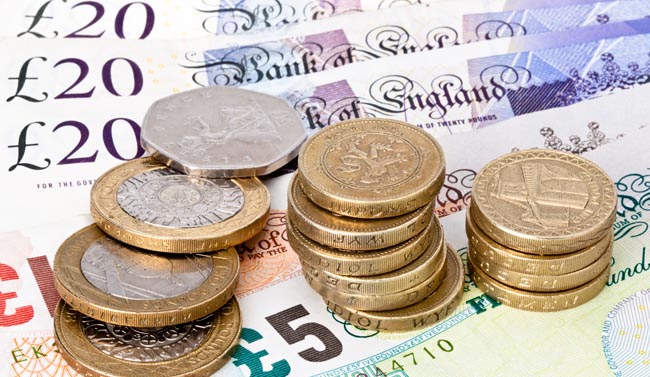 The spending tap appears to be back in full flow after Durham County Council revealed plans for a whopping £600m investment over the next few years.

And tax payers will foot some of the bill as the local authority revealed a total council tax rise of neatly 4% – with the majority of households set to pay at least £42 extra a year.

The proposals include £145m-worth of investment in frontline services and a capital investment programme totalling £444m – nearly half a billion pounds – over the next four years.

Council leaders say the plans are due to “robust financial planning” in the face of a “challenging financial period”.

The council report then goes on to reveal plans for a 1.99% increase in Band D Council Tax for 2020/21 with an additional 2% increase to the adult social care precept.

This is in addition to proposals by Durham Constabulary to increase the police precept by about £10 a year.

The investments and tax hikes are outlined in the authority’s Medium Term Financial Plan (MTFP), which sets out the authority’s spending plans and priorities for 2020/21 to 2023/24, and will be considered by Durham County Council’s cabinet when it meets next week.

Despite the challenging financial climate, the council’s prudent financial management and robust planning over the past decade have meant that funding is available for investment in 2020/21 and 2021/22.

The planned investment also includes a further £10m, earmarked for investment in towns and villages across County Durham and will supplement the £10m that has already been made available.

The council is planning to invest an additional £31m of revenue spending over the next two years, with more money for roads and potholes; further climate change initiatives in support of commitments already made by the council; investment in sprucing up local communities and deploying more neighbourhood wardens to improve community reassurance; and more funding to support some of the most vulnerable residents across the county.

A range of new capital schemes are set out in the budget, including significant investment in leisure facilities across the county, investment in schools and further capital spending on highways and major transport schemes.

Cllr Simon Henig, leader of Durham County Council, said: “One of our key strategies since the beginning of austerity has been to protect frontline services as far as is possible and it is those same services that we are now prioritising for investment.

“These are the services that are important to local communities and, for the first time in more than a decade we have some funding available to reinvest locally.

“I am pleased that, despite the very challenging financial period, including the scale and sustained level of government spending cuts and the uncertainty over future funding levels, that, through robust financial planning, we are now able to make a significant investment.

“Not only are we proposing putting major sums of money into services such as highway maintenance, neighbourhood wardens, leisure and libraries, just as importantly, we’re also planning on continuing support specifically aimed at the most vulnerable in society with investments in children and adult services and the continuation of our Council Tax Reduction scheme.

“The financial climate remains challenging, with a lack of certainty on future funding from government making it difficult to plan much further ahead but, hopefully, residents will welcome the good news that we are able to bring for the year ahead.”

The proposals include additional investment of £5m investment in highway maintenance, a significant proportion of which will be spent on repairing potholes.

A further £1m has been set aside for the creation of a pilot scheme to increase the availability of social housing.

Meanwhile, a £5m investment in setting up four new multi-disciplinary neighbourhood teams to focus on sprucing up communities and tackling anti-social behaviour will include the recruitment of 11 additional neighbourhood wardens.

The scheme aims to build on the success of initiatives such as In Bloom and Operation Spruce up which won a Keep Britain Tidy award as well as focusing on community safety.

The council’s efforts to tackle climate change will be boosted by an additional £3m, which will be used to secure the support of private and public sector organisations and is in addition to the investment set out in the council’s climate change plan.

Sport and leisure services will benefit from a further boost, with £2m to enhance library services, including an investment in the book fund. Funding has also been set aside for invest-to-save schemes.

Over the past decade, the council has continued to support those in need despite the impact of austerity, and that approach is set to continue 2020/21, with £3m allocated for projects and initiatives to help tackle poverty.

The council will also continue to offer the 100 per cent discount on council tax bills to eligible residents through its Council Tax Reduction scheme.

The authority is now the only one in the north east to continue to offer same level of discount provided under the former government scheme.

The plan also details a £2m investment in children’s services and £1.9m across a range of services for adults.

Councillors will be asked to approve the full programme of investment when they meet at County Hall on Wednesday, February 12.