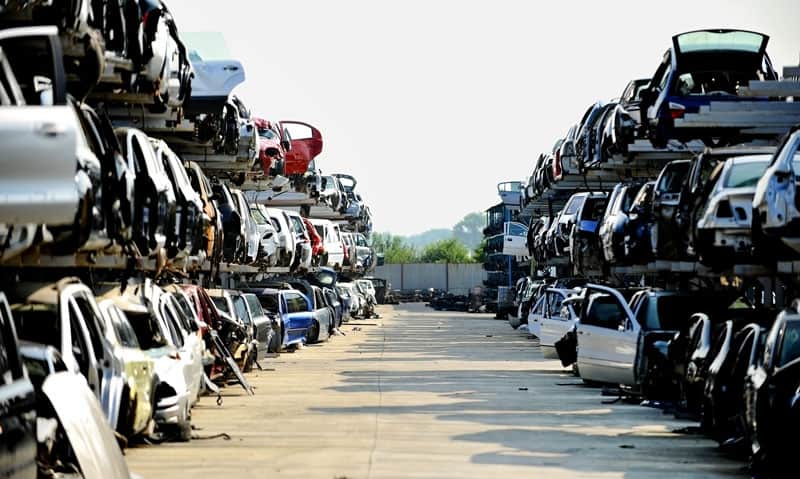 Areas blighted by flytipping could receive hundreds of pounds in funding towards environmental projects thanks to a new scheme.

The first sales of vehicles which were seized after they were found to have been used to illegally dump waste have now taken place as part of the Operation Stop It campaign.

Durham County Council today announced that money generated from the sales will be able to help communities beautify areas which have been affected by those dumping unwanted items.

A grant of up to £500 is now available in each of the 14 Area Action Partnership areas in County Durham and can be used on projects designed to tidy up the spaces affected.

Operation Stop It was launched by the council in November 2014, working with Durham Constabulary, the Environment Agency and Crimestoppers. The campaign has been a huge success with a large reduction in flytipping across the county.

Since April 2020, 15 vehicles found to have been involved in flytipping incidents have been seized, with an increased number of prosecutions set to go before the courts.

Now, the first sales of seized vehicles have taken place and Operation Stop It is giving residents the opportunity to bid for up to £500 from the proceeds to improve an area that must be no more than 1km away from where there has been more than five flytipping incidents in the last year.

Operation Stop It received national recognition after winning Environmental Campaign of the Year at the 2017 Keep Britain Tidy Awards.

Ian Hoult, Durham County Council’s neighbourhood protection manager, said: “The great thing about this scheme is that people in our communities will be able to plan how they can use funding to improve their area, enhancing the environment and giving residents a sense a of payback in the process.

“It also sends out a strong message to anyone considering flytipping their unwanted items: don’t. This affects our local communities and there are plenty of other ways to dispose of rubbish safely either through bin collections, our Household Waste Recycling Centres or bulky waste collections.”

In February 2020 Durham County Council invested £500,000 in recruiting 11 new wardens who can tackle flytipping as part of efforts to ensure previous are built on.

The £31million investment in frontline services included the biggest ever recruitment drive for wardens the council has seen. Some wardens are now able to focus solely on investigating flytipping.

Cllr Brian Stephens, Durham County Council Cabinet member for neighbourhoods and local partnerships, said: “This funding will go a long way to helping improve spaces which have been blighted by flytipping incidents in recent times.

“I’d encourage anyone interested to apply for a grant and help to get our areas looking as beautiful as they can be.”

Those who are part of a group who wish to get involved in improving the environment in their area can contact the Civic Pride team at [email protected] or call 03000 261000.

Go to durham.gov.uk/civicpride for further information.

The closing date for applications for funding is Friday, February 26.

Judges will consider all applications before applicants will be informed whether they have been successful or not.