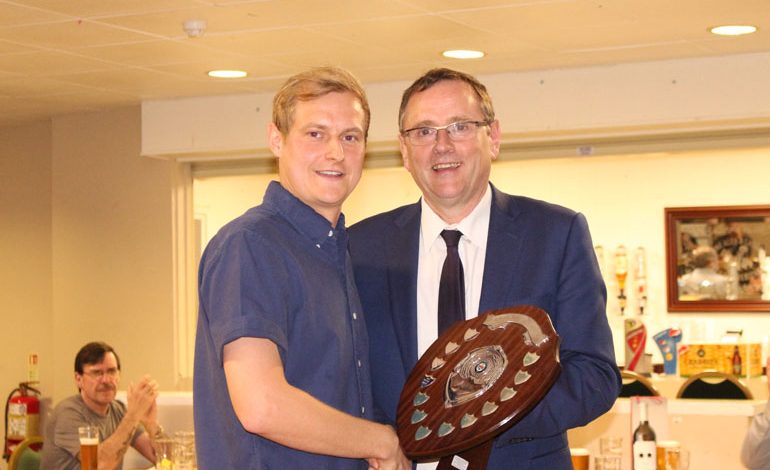 Defender Dan Mitton won Newton Aycliffe’s Player of the Year award as the Newtonians ended their season on a high with a home win over league runners-up Morpeth Town.

At the club’s presentation night, chairman Allan Oliver paid tribute to the management team of Deano Browne and Danny Mellanby, who took over in December and immediately lifted the spirits of supporters and committee.

Mitton was handed the Player of the Year award by the club’s president, Sedgefield MP Phil Wilson, and he was also given the Supporters Player award, narrowly beating keeper James Winter.

Other winners on the night included Ben Trotter, Aaron Brown and Jamie Owens, while in a fantastic gesture the players lined up to shake hands with the club’s kit man, Geoff Hay, who retired at the end of the season.

Both sides entertained the crowd with good football, despite the awful weather conditions.

They got off to a great start when Pennal crossed from the right for captain Owens to finish for 1-0.

Morpeth came straight back and won a penalty, but Winter pulled off a good save from Morpeth captain Graydon.

Winter was in action again, pulling off great saves on 23 and 30 minutes. Then it was Aycliffe’s turn and Morpeth keeper Dryden made a good effort from an Owens effort.

Aycliffe came out strongly and went further ahead two minutes into the second half, when Pennal got around the back of the defence and picked out Ben Trotter who smashed it high into the net.

Keeper Winter injured his leg, but battled on as there was no replacement on the bench. Aycliffe didn’t sit on their lead and went for more goals.

They were rewarded when Owens scored his second with a clever near-post flick on 64 minutes with the outside of his boot, from a Charlie Raby corner.

Two minutes later, Morpeth got one back when a looping cross was turned in by Henderson.

Aycliffe went down to 10 men on 80 minutes when Trotter received his marching orders, but they held their own, and Morpeth didn’t come close to getting a second goal.